Why chat rooms have saved the online gaming industry

In recent years, there has been a rise of online video games as technological progress has made them even more accessible and more high quality. Technological advancements in this sector has seen a metamorphosis in the way that people play games, with many now earning money professionally. Traditionally, people have been playing offline in groups or with others on boardgames and have been apprehensive about playing online games as it could isolate them. Many people worry that they will not be able to socialise with others in the same way that they could in person. 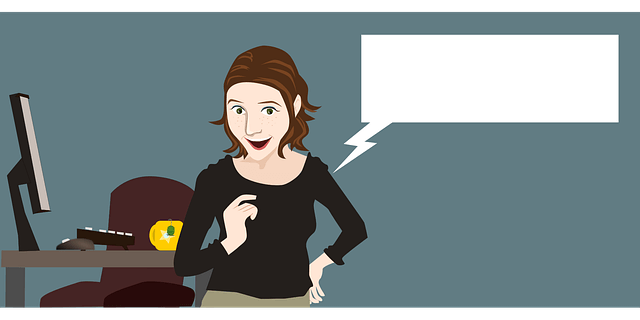 However, as revenue in the Online Games segment was projected to reach US$23,582m in 2021, there has been plenty of opportunity to make online games a place for social interaction. In fact, online video gaming providers knew that the social aspect of traditional gaming was missing and therefore many have incorporated chat rooms into their games.

There are also many fantastic online casinos like that are following suit with video games and giving players the opportunity to interact with other people. In this way, they are allowing players to mimic the features of a traditional and sophisticated casino. This has been done through online chat rooms and live casino gameplay. Online poker has become a popular casino game that has incorporated social elements into their online games, for example the use of online poker tournaments where players can compete against each other and also chat in the chat rooms provided. The Canadian online Poker market became regulated at the beginning of April 2022. One of the first sites to become available to Ontario, Canada residents and has a wide range of tournaments is 888poker, who also provides players with a variety of strategic guides on how to improve their poker strategy before entering the tournaments.

In particular, traditional games like poker have previously only been played in a group where players could socialise before and after the games. When poker first appeared in the virtual realm, it was more isolated that this as a player could not see or speak to their opponents. However, the online poker industry has witnessed a transformation as they have now included chat rooms by providing players the ability to chat in-game either in a chatroom or through live voice calling. This feature is destined to help create a better player experience and safety, which is a common feature in many popular video games. Not only does it help players share their strategies, but it also allows people to keep in touch with friends who live far away. In this sense, traditional board games such as Monopoly have been revolutionised by incorporating online chat rooms.

Virtual group chat rooms for gamers are growing in popularity as they give players the ability to connect with anyone from anywhere at any time. It is important for sharing tips and resources as well as connecting with people who share similar interests. It also allows others to explore other interests and discover what else you have in common with players. Socialising in this way with others has a whole host of mental health advantages including better mood, improved concentration and memory and has also been proven to lower blood pressure.

However, it is also important to stay safe in online chat rooms. In order to do this, you should ever give out personal information including your address, last name, birth date, etc. You should also consider accepting certain private message invitations that aren’t part of the group chat. It is also wise to report offensive or inappropriate messages right away. Never be apprehensive to log out, block a chat member, or report them. It is best to protect yourself in a chatroom so as to create the best possible experience for yourself and not one that is saturated with negativity.

There are also a great number of people who go an online casino to catch up with their peers. Online gambling executives recognised this trend from the very first time that casino classics like roulette and poker were shifted online. The primitive online poker rooms featured chat rooms for players and this tradition has continued to the current day. No longer do people need to physically haul themselves to a traditional form of casino, they can go onto an online casino to have the same level of interaction.

In summary, the creation and integration of online chat rooms has revolutionised the online gaming industry in many ways by giving people opportunity to interact with others. Most players gamble to relax, socialise and have fun and online casinos are aiding online gamblers by offering them features to help them do this.

Unlike traditional casinos, internet casinos provide players with a wide range of gaming possibilities. If you are interested in poker for example, you can talk to someone online who shares similar interests to you but is from a completely different cultural background.

Most online casinos also provide free games to their customers as a means to practice for the real thing. This is a good marketing strategy before pledging your real wagering money on it. These games are a great way to maximise your skills or just have some fun without risking any of your real money. Most casinos also have a guide of useful instructions on how to play each game, so you can practice prior to playing the real version.

In fact, recent years the push to highlight increased sociability has seen a big rise in revenues for online casinos. This has alerted to many that more progress in the area, such as the integration of VR technology in live casinos is worth it. Gambling is one of the most lucrative and promising industries on a global scale, and has undergone a transformative process by making its way onto an online sphere. In summary, live chat features has aided the success of the online gaming industry in many ways. Above all, it has heavily influenced the online casino industry in games like poker where players can interact with each other.

Most Played Online Games in Canada for 2021
Next
The Serpent Rogue, Sandbox Game, Gets Alchemical Today with Launch
Previous
Ubisoft Discontinues Online Services Support for 90 Games