Nobody ever said salvaging spaceships would be easy. Or even safe for that matter. There are a lot of hazards to deal with and not to mention that giant space octopus. Today Fireline Games announced the release date for their upcoming couch co-op spaceship salvage game, Fueled Up. Releasing later in 2022, Fueled Up brings cosmic chaos to life in a 4-player couch co-op game focusing on a crew who risk their lives salvaging starships. 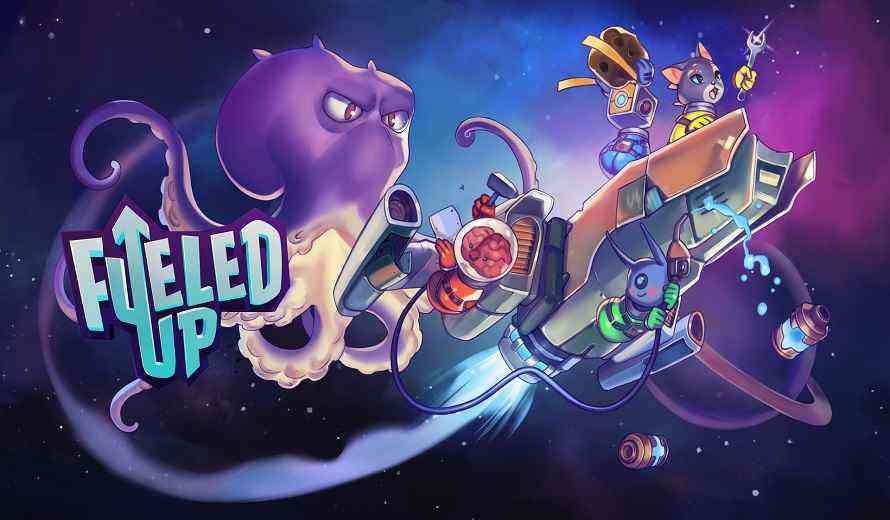 Fueled Up puts you and your friends in a high risk starship recovery team. Your job, as a member of this crew, fix and bring starships to safety before the evil space octopus gets its massive tentacles on them. Players will explore dangerous galaxies and juggle multiple tasks to repair ships. Additionally players will need to learn to balance careful planning as well as fast-paced split second decisions in order to make it back to base alive. Furthermore, the game provides players extra objectives to accomplish if simply surviving isn’t enough for you. Whether you are playing in person or online you can always assemble your crew. Even if you don’t have a crew you are able to have just as much fun offline by yourself.

In addition to the announcement of the release date Fireline also released a trailer. The announcement trailer shows off exactly what players can expect from the game. A frantic cosmic adventure full of laughs with friends and a space mollusk bent on starship destruction.

Fueled Up is releasing later on in 2022. The game will be available on PC, PlayStation 4, and Xbox One. Can you save starships? Or will you be lost in the cosmos?


Fabular: Once Upon A Spacetime Blasting to Early Access Today