Fifteen years is a long time. Especially when it comes to video game development. Today, Daedalic Entertainment is celebrating its fifteenth anniversary. And it’s celebrating in a big way. In celebration, Daedalic is releasing three new titles on Steam. In addition to new titles, several other Daedalic titles are also receiving major updates. Any birthday has presents, and in Daedalic’s case they are giving the presents out. Daedalic is a studio of many genres. Yet again they are reflecting this fact with their three new releases. 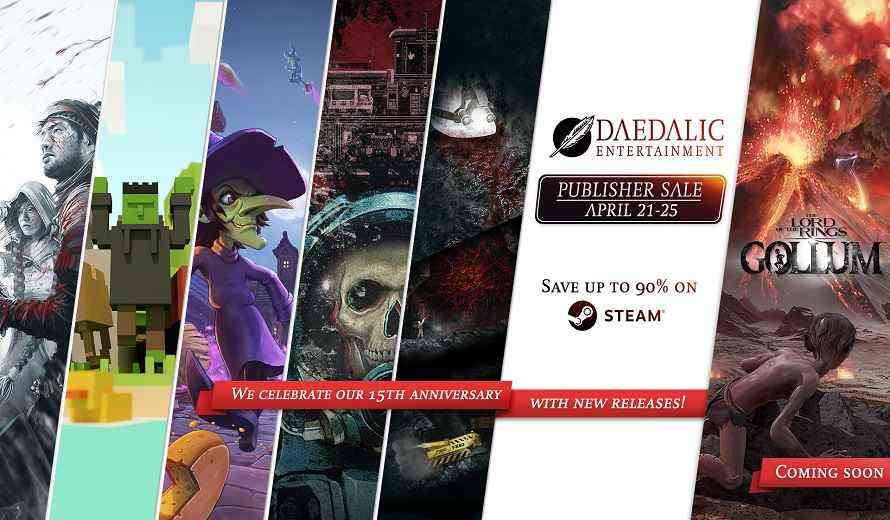 The first is, restaurant management sim, Godlike Burger. A murderous and crazy sim where players take on the role of a space-travelling chef. However, there is a catch. Your ingredients for your amazing burger, are your own guests. Poison, stun, and kill your customers in different ways and turn them into… Godlike burgers. Watch out for the space police.

The second release is, automaton programing, VELONE. Challenging your logical thinking, VELONE presents players with puzzles. Amidst a relaxing atmosphere players must work to restore power to the dying planet Velone by building complex machines.

Finally the last release is, the 1.0 version of the pixel art strategy game, Warpips. Of course, now leaving early access Warpips has been given multiple new maps, modes, units and more. Also, you can use helicopters now.

In addition to Daedalic’s new releases updates are coming to several popular titles.  Barotrauma, Fling to the Finish, and Hidden Deep are all receiving content updates today. From now levels to quality of life updates. From new challenges to new music, players will find something to love in these updates. Lastly the bullet-hell Wildcat Gun Machine is now available for pre-order on PC and Nintendo Switch.

So, everyone can celebrate Daedalic’s 15th anniversary with some deals, some games, and a major sale with up to 90% off some titles.