Allods Team Arcade is an indie development team with a passion for creating adventure games and more. The Arcade Team recently joined the Allods Team and they have come together to create new video game experiences, such as Blast Brigade v The Evil Legion of Dr. Cread. Today, the team has announced that the adventure, 2D metroidvania game has officially released on PC, Nintendo Switch, PlayStation 4, PlayStation 5, Xbox One and Xbox Series X/S. Blast Brigade initially released into Early Access and fans have been providing community feedback. As a result, the developers were able to provide a more polished, complete title. 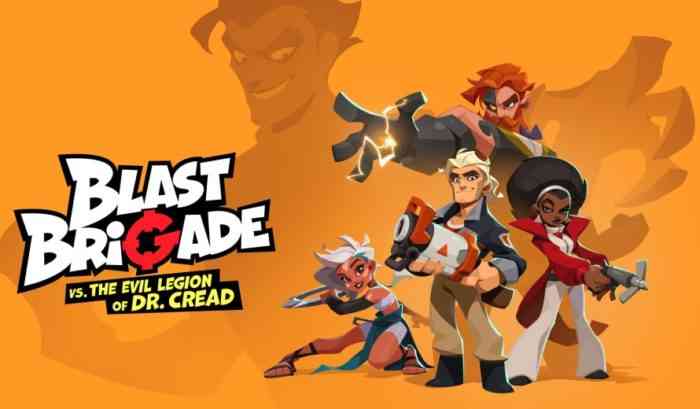 The game features a deep and extensive story along with funny, distinctive characters. The developers drew inspiration from 80s action movies and Jeff, the de-facto leader of the group, is voiced by Jason Grifftih. Griffith is mainly known for his portrayal of Sonic and Shadow in the Sonic The Hedgehog games.

The game tells a story of a group of special agents who must unit to fight against the evil of Dr. Cread. The mission quickly turns into a doomsday scenario and so players, as the group of heroes, must work together to save the world. Players can take control of one of four different heroes who can be switched at any time during the game. Each hero has its own special abilities and more ranging from a grenade launcher to grappling hook to a robotic arm and teleporter.

Additionally, the developers poured time into the game’s level design. Players will traverse various biomes and areas, each filled with their own secrets.

The game is currently available for the price of $19.99/€19,99. On PC, interested fans can purchase it via Steam and GOG. It will be heading to the Epic Games Store shortly.