Time On Frog Island Launches On Multiple Platforms This Summer

Time On Frog Island Launches On Multiple Platforms This Summer

Merge Games is an independent video game publisher that is involved in producing various titles. Thus far, they have released Aragami, Streets of Rage 4 and Foreclosed. Together with developer Half Past Yellow, Merge Games have announced the release of Time On Frog Island. The game will be releasing on the PlayStation 4, PlayStation 5, Xbox One, Xbox Series X/S, Nintendo Switch and PC via Steam. The release date is set for sometime in Summer 2022. It will be available physically and digitally. The physical editions will cost $29.99USD and the Switch physical edition will cost $34.99.

Merge Games also confirmed that the name change from Trading Time: A Croak Tale To Time on Frog Island was done as it better represents the gameplay experience. In the game, a sailor becomes shipwrecked on an island following a terrifying and powerful storm. With his boat in ruins, the sailor and his dog must try to fix the boat and make his way home. Unfortunately, the frogs that he meets do not speak his language and will only assist him if he helps them. As a result, the sailor must navigate the island, making trades along the way. 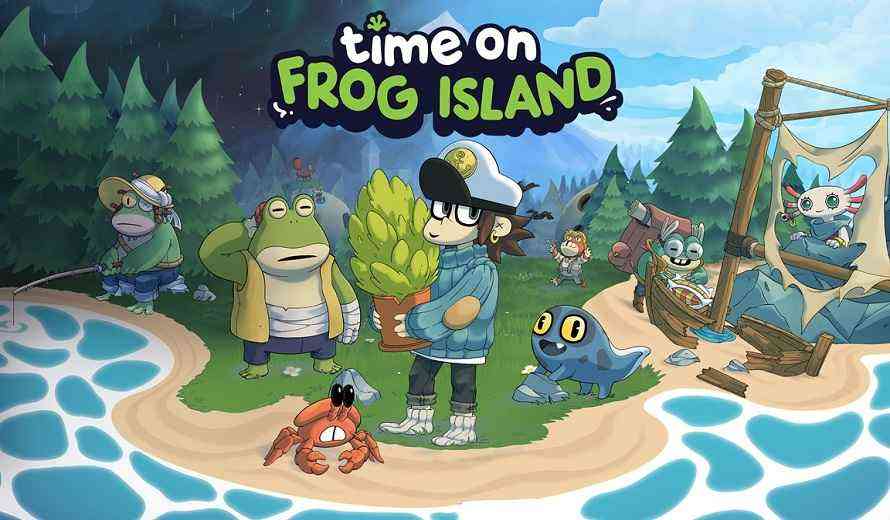 Some of the key features of the game include a vast island to explore, various characters to meet and new items to discover. Additionally, players have the power to experiment with their speed, jumps, running and much more. Players will also be tasked with solving various puzzles in an effort to fix the boat.

The minute-long announcement trailer shows off aspects of the game.

What are your thoughts on Time On Frog Island? Did you enjoy the trailer? Are you interested in trying it out? Will you be pre-ordering? Let us know in the comments below or on Twitter and Facebook.