Roccat is one of the biggest video game peripheral producers in the world. The company’s products are utilized at eSports events and sponsors many top teams in the arena. Today, the company has unveiled the Burst Pro Air, a premium wireless addition to the Burst family that is designed for PC gamers. It provides comfort, ergonomic features and much more. Interested fans can pre-order the mouse today here. Furthermore, the mouse will be available online and at participating retailers worldwide from April 26th, 2022. 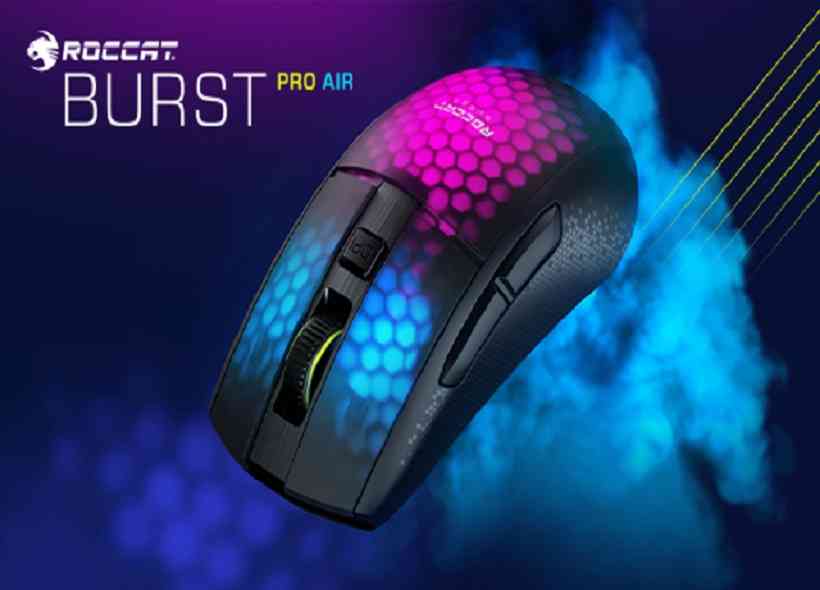 The Burst Pro Air follows the same design as the Burst Pro and is focused on performance and comfort in fast paced FPS games. Its sensors deliver 19kDPI and 400IPS for unprecedented tracking efficiency and speed. Furthermore, Titan Optical Switches allow for more responsive clicks. The mouse weighs 81 grams due to its Bionic Shell design and is dust and water resistant. Furthermore, players can utilize Roccat’s AIMO RGB lighting engine to change the lighting and make it a tad more special!

Other features include lengthy battery life as players can game for up to 100 hours on their wireless connection without worry. Moreover, the USB-C rapid charging gives players five hours of play time with a ten minute charge. Players can also utilize the Nvidia Reflex Analyser. This technology detects clicks on the mouse and measures the time until the resulting pixels on the screen. This allows gamers to improve their system latency and become more efficient.

Roccat’s Burst Pro Air is yet another addition to an already solid lineup.

What are your thoughts on Roccat? Are you a fan of their products? Have you ever used any of the gaming mice? Are you interested in the Burst Pro Air? Let us know in the comments below or on Twitter and Facebook.

Call of Duty League’s Major Three Has Officially Kicked Off
Next
Warhammer 40,000: Darktide Release Date Announced Along With Trailer
Previous
Don’t Starve Together Heads To Nintendo Switch In Mid April