Buying Horizon Forbidden West? Then you are actually helping to save two worlds. Aloy’s and our own. Today PlayStation announced that it will be supporting the World Wildlife Fund Canada (WWF) with sales of Horizon Forbidden West. A press release mentions the details of the initiative as well as how the sales will support the organization. Additionally the partnership released a video giving fans a visual look at the initiative from the WWF. 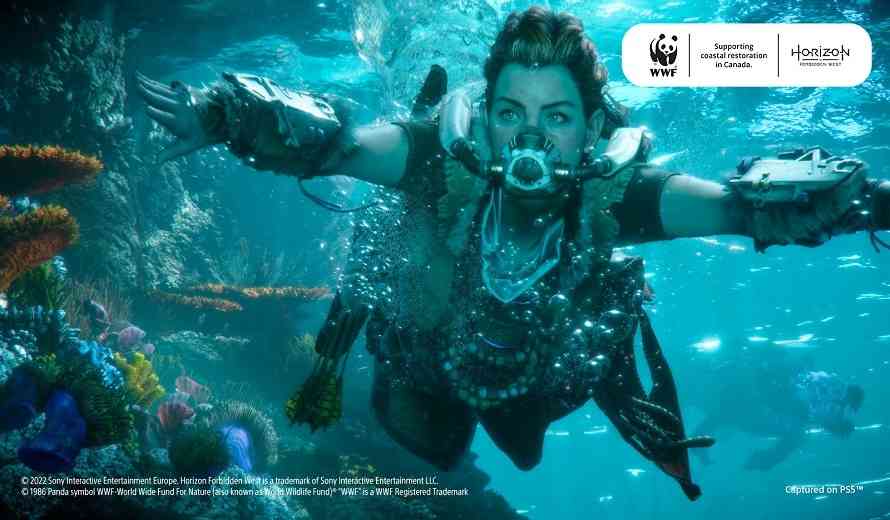 The partnership video PlayStation posted today gives fans of Horizon Forbidden West some more in-depth info about coastal restoration. Additionally the video shows off some of the underwater scenes of the game, with voice over discussing the importance of protecting our world.

Canadian’s who purchase Horizon Forbidden West will have a dollar of their purchase given to the WWF. All fans of the game can be a little more like Aloy and help to save our own world. So, why not be a hero.

Horizon Forbidden West Devs ‘Are Setting Up for the Next Game’
Next
Zordix Gaming Group Appoints Christina Seelye CEO
Previous
Indie Publisher, Versus Evil, Partners With Paws Your Game Charity