The future of console gaming that we thought would be coming with Cyberpunk 2077 might finally arrive. After its spectacularly underwhelming launch on Xbox One and PS4, many fans were holding out for the PS5 and Xbox Series X|S update. That upgrade might be coming out tomorrow.

Last month, there was a rumor of Cyberpunk 2077 Samurai Edition being a soft relaunch of the game. There was also new artwork leaked on the PlayStation Store, suggesting a new version or update was coming out soon. Now, it appears that CD Projekt Red is holding a stream tomorrow, wherein they may reveal the PS5/Xbox Series X|S update. 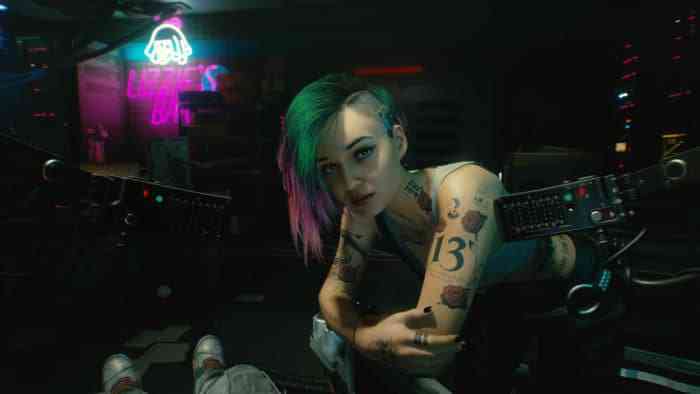 Right now, if you boot up your Xbox One or Xbox Series X|S, you can find Cyberpunk 2077 on the Microsoft Store. An “X|S” icon has been added to the game, meaning that there is an option to optimize it for Xbox Series X|S.

Someone on Twitter pointed out this connection, to which the Cyberpunk 2077 account replied with a cheeky gif. That pretty much confirms it. Right?

If you are concerned about what the game may be like on the new consoles, take it from your ol’ pal Zane. I played it in January (the Xbox One version on Xbox Series X). The game definitely worked. Was it perfect? No. Were there minor issues? Yeah. By now you should know to temper your expectations. If you go into the experience expecting it to be the game to end all games, you’re going to be disappointed no matter what.

Cyberpunk 2077 is out on PC, PS4, Xbox One, and Stadia. It will (supposedly) be coming out tomorrow on PS5 and Xbox Series X|S.

Have you played Cyberpunk since it launched? Let us know in the comments below.