Attention Lords and Ladies it is time to handle business within your Royal Court. Today Paradox Interactive’s grand strategy game, Crusader Kings III, welcomes its first expansion to the game. A press release provides more details about the features of the expansion and everything it brings to your kingdom in the game. 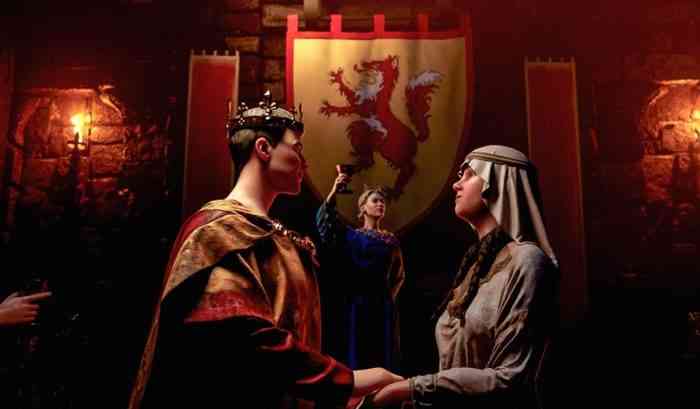 Crusader Kings III places the player in charge of their own kingdom in a medieval life simulation. You, as the player, step into the role of Regent as you lead your kingdom. Every choice is up to you and how you rule will affect a world full of people. What kind of dynasty will you create? Will you lead a warlike nation on great conquests or will you seek more diplomatic relations? Is your line to continue through arranged marriages? Is your kingdom religious and faithful or will you persecute heretics.

The first expansion for Crusader Kings III, Royal Court, introduces a new player space to immerse yourself further in the game. Now players can officially hold court where vassals and subjects come to hear your royal judgment. Additionally the Royal Court expansion makes use of an actual court area. Here you can display artifacts, showcase art and great works, and of course hold court sessions. Artifacts themselves can pass down your lineage so something earned in a war long past can be proudly on display in your court.

Players can bear witness to the intrigue of the Royal Court with the expansion’s trailer.

Crusader Kings III Royal Court is available now. It currently costs $29.99. In addition to the expansion’s release comes a free major update to all owners of Crusader Kings III. The update includes features like minor court positions and custom coat of arms designs for players. So, court is in session my liege. How will you rule?

Next
Zorya: The Celestial Sisters is Now Available on Nintendo Switch and PC
Previous
Will there be a GTA VI in our lifetime?