Call of Duty: Vanguard & Warzone Pacific Season 2 Details Are Out

Call of Duty: Vanguard and Warzone Pacific Season 2 are coming on February 14th. Thankfully for fans, Activision has just revealed what the titles have in store for their huge following. The upcoming season will bring a variety of content across the titles.

The Call of Duty official website revealed that upcoming Warzone features will include the new Nebula V ammo and bombs. This new weaponry will emit poison gas. There will also be portable decontamination stations to help protect against them. 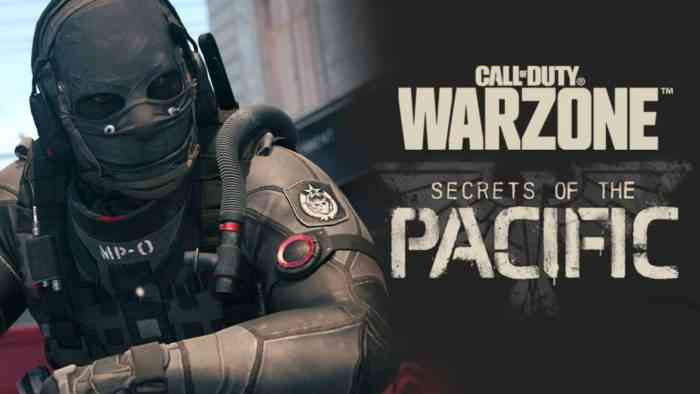 “Join Captain Butcher and Task Force Yeti in discovering the greatest threat to the world: Nebula V,” Call of Duty devs wrote. “Eradicate or harness this weapon in Warzone, prove your elite skills in Vanguard Multiplayer, or enter all-new areas in the Dark Aether to face a deceptive force in Zombies.”

This new Call of Duty weapon can augment small arms, both throwables and ammunition, in Warzone Pacific. Players can make use of Nebula V bombs in area denial tactics as they will explode to deal high damage, as well as produce a lingering gas cloud that will spread over a small radius.

Basically, it will function the way any regular ammo would. That is, until it takes down an Operator. The toxic gas is emitted as soon as that happens. As a result, anyone who tries to revive that fallen player will be engulfed in the harmful poison.

“Anyone attempting to revive this Operator or standing within a few feet of them will face similar complications to Circle Collapse exposure,” the devs added. “Coughing, blurred vision, and a slight amount of damage over time, whether that be to a player’s health or to their Gas Mask duration.”

The catch with this new Call of Duty weapon is that it will only take up a single clip of ammunition. However, that could be all it they would need to turn the tide of a team fight within interior spaces.

Are you excited for this new weapon? Let us know in the comments below.

Destiny 2: Top 5 Fun PVE Builds
Next
Microsoft Boss Phil Spencer Wants Starfield to Be ‘The Most Played Game’
Previous
The Sims 4 Is Getting a Wedding-Themed DLC