Book of Demons Slashing Onto Switch

Get ready for a hack and slash hybrid if you’re lucky enough to get it. Today Super Rare Games announces that their hack and slash deck builder, Book of Demons, is getting a physical Switch release next week. The catch is that Super Rare Games, in coordination with their name, is only making 4000 copies of the game. Ever. A press release about the switch release of the game and its features provides more details. 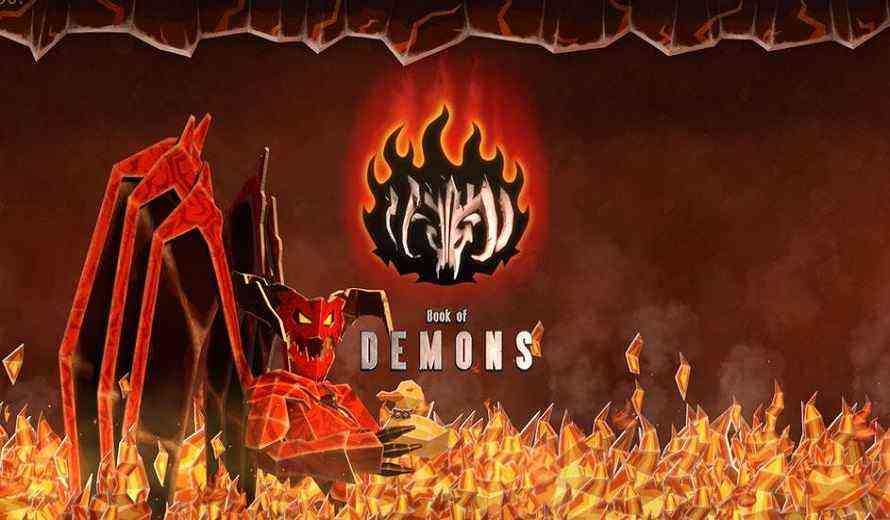 Book of Demons is a hack and slash hybrid mixed with deck building elements. It allows the player to choose the length of their own adventure. Wielding magic cards venture forth and slay the vast armies of demons that threaten the realm of the Paperverse. Additionally using a tailor made time system, the game learns and adapts to the pace of your gameplay, meaning you can divide your play into sessions, and the game will allocate time into more sessions. Can you defeat the demon lord in a world of needing to be saved.

Furthermore Book of Demons is unique in both of its genres as its not a card game but a game that uses cards to show off skills, items, and more. In addition, as far as a hack and slash, the game features simplified movement and fighting. Players can get a glimpse at the combat of Book of Demons in the Nintendo Switch announcement trailer.

The Book of Demons physical sales start on February 17th at 1PM ET. Additionally, if you are lucky enough to grab one of 4000 copies, you will get all included content, an artbook, stickers, trading cards and more. Are you ready to open the Book of Demons?

Fabular: Once Upon A Spacetime Blasting to Early Access Today
Next
Activision Will Be Making Major Changes To Warzone Over 2022
Previous
Elden Ring Dev Says Margit the Fell Omen Was ‘Slightly Rebalanced’