Battle Brothers is a turn based tactical RPG that first released on PC in 2017. The game has since launched on the Nintendo Switch, Xbox One, Xbox Series X/S and PlayStation platforms. Since its release, Overhype Studios has released a ton of content for the game. Today, the developers have announced that a free DLC will be coming to the game on March 10th, 2022 on PC. It will arrive on the other platforms shortly thereafter. Of Faith and Flesh is set to bring more content and fun to the game. The update will also introduce a lot of other goodies for fans to enjoy. 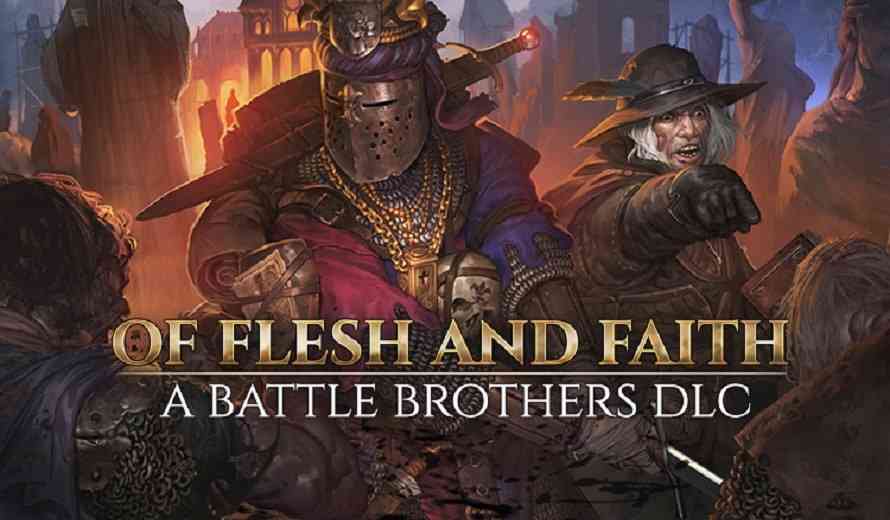 The DLC will add two new origins to Battle Brothers, the Oathtakers and Anatomists. Each origin will come with its own background, mechanics, equipment and story events. There will be an additional fifty events in the game. Moreover, players can dress in new equipment that mirrors their origin. Banners and events also showcase player’s origins and more.

The Oathtakers follow the teachings of Anselm who fights for righteousness and swears to confer advantages on his army. Anatomists dissect corpses for research and devise new ways to empower soldiers. Which side will you take?

Apart from the DLC, players will also enjoy a sizeable update with other benefits. Some of these benefits include quality of life changes, balance adjustments and other improvements. Moreover, interested fans can tune in to the developer’s blog to learn more about the DLC and the Anatomists.

Battle Brothers and all its DLC is available on Steam for $60.76USD.

What are your thoughts on Battle Brothers? Have you tried the game? Do you enjoy it? Are you looking forward to the DLC? What are you most excited for? Let us know in the comments below or on Twitter and Facebook.