Are You Team Diamond or Team Pearl?

Pokémon Legends Arceus is almost here, and Nintendo hasn’t been holding back on building up the hype for it. A trailer came out earlier today showing a new system that will be present in the game. 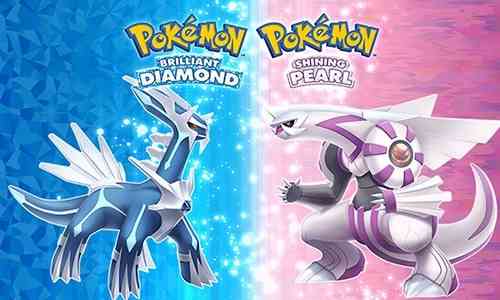 The Official Pokémon Youtube Channel posted a trailer that details some of the NPCs players can expect to encounter in Pokémon Legends: Arceus. The main focus of the trailer was to specifically show off the NPCs that will be running the new clan system.

There seams to be two clans, the Diamond Clan and the Pearl Clan. The leader of the Diamond Clan is a man named Adaman and the leader of the Pearl Clan is a woman named Irida. According to the Pokémon Legends: Arceus website, Adaman’s partner pokémon is a lefeon and Irida’s is a Glaceon. The two characters have differing views and often butt heads. Neither the trailer nor the website details what the clans’ roles are in the story. All we know is they exist and are an obvious reference to Dialga (Diamond) and Palkia (Pearl).

Speaking of Diamond and Pearl, the website also mentions a post-game mission for players who have a save file of either Pokémon Brilliant Diamond or Pokémon Shinning Pearl. The mission involves the legendary Pokémon Darkrai and will allow players to catch it. Players will also have access to the Modern Team Galactic Set, a cosmetic that resembles the clothing worn by Team Galactic’s admins in Pokémon Brilliant Diamond and Shinning Pearl.

Game Freak is also doing this with the legendary pokémon Shaymin but with a different set of games. If players own a copy of Pokémon Sword and Shield, they will receive a similar mission to the Darkrai one. Both Shaymin and Darkrai made their first appearance in the original Diamond and Pearl games.