Mutiny Your Boss in The Company Man

The Company Man is Coming to Switch in 2022

A new office adventure game is launching early next year on the Nintendo Switch. The Company Man is a classic action platformer inspired by the widely popular sitcom The Office.

In The Company Man, players play as Jim, a young salaryman working for the Good Water Company. Jim has become unsatisfied with how the company is run and decides to take control. So Jim sets out to overthrow his boss and become the new CEO. 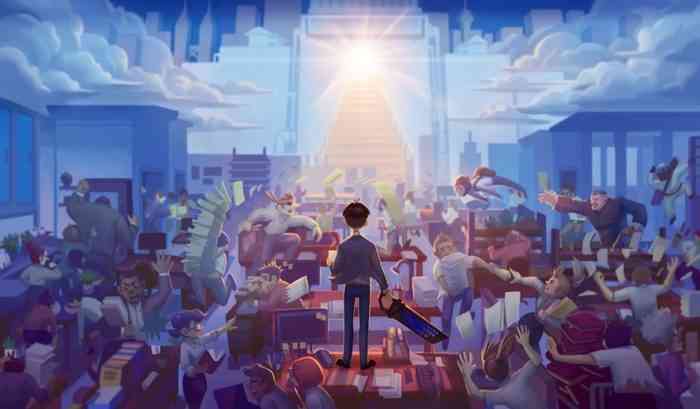 The Company Man places players in a familiar office environment, full of annoying coworkers, lazy managers and ways to make fun of them all. But while it may sometimes feel like an episode of The Office, The Company Man is very much an action platformer.

Players will launch email attacks against coworkers, run and jump across departments, boost up with coffee beans and more on their way up the corporate ladder. Check out the platforming action in the gameplay trailer below.

As players will jump and dash across seven departments they will need to avoid booby traps and quirky coworkers. Players will also have to face off against several tough bosses as they advance through the game.

There is also a weapon upgrading system that lets players upgrade their powerful keyboard. The keyboard is Jim’s main weapon, helping him by sending powerful emails and leaving snarky comments.

The game also features several secrets for players to discover. There are secret gauntlet dungeons where Jim must fight countless waves of coworkers. So be sure to keep an eye out for these hard-to-find challenges.

The Company Man will make its way to the Switch early next year, coming to other consoles later in 2022. Have you ever worked a job you hated? Then this game might just be for you.