Bugs Causing Things Such as Villager Nudity Resolved in 2.0.4 Update

Animal Crossing: New Horizons had all sorts of bugs and patches that occurred as of late. There was the inability to find the Seasonal recipes; there was the nudity for Villagers that happened in part due to the Happy Home Paradise DLC. On December 15, 2021, there was an update for Animal Crossing. And thanks to that, there have been all sorts of little fixes in the 2.0.4 update that has made the game just a little easier to play. 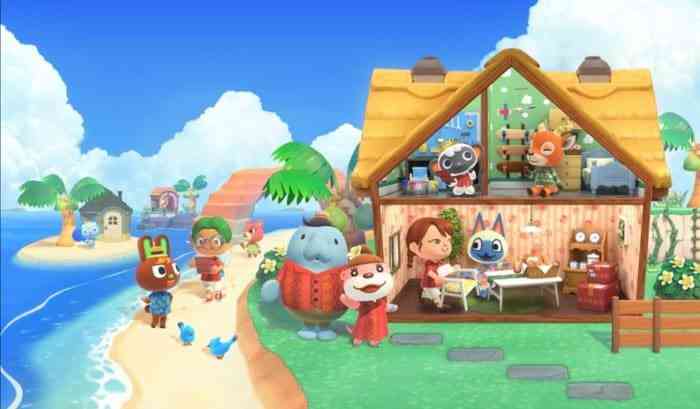 But it seems that with the update, there’s an interesting little change in the world too. It’s a minor enough tweak, but it’s enough to raise eyebrows. It turns out now, it’s possible to find gyroid fragments on the beach.

Prior to this update, gyroid fragments could only be found via the Kapp’n’s Boat Tour islands or waiting until after it rained on your own island. Now it appears there’s no more need to wait- that going around on your own beach with or without the rain means you could find a gyroid fragment.

Found a Gyroid fragment at the beach… Maybe this is new in today's update? #AnimalCrossing #ACNH #NintendoSwitch pic.twitter.com/jsa2PV2ZTF

Players have been posting this newest discovery all over Twitter, making sure that this is, in fact, not just the newest series of glitches. So far, it doesn’t seem that way- it seems deliberate. Whether this was always intended, or this is to make up for some of the unexpected errors, it’s difficult to say.

But those who enjoy Animal Crossing: New Horizons will be glad to see they can use their ladder set-up kit without finding it in a strange place, island resident mix-ups due to Showroom copying vanishing, and know that the maple-leaf rug and the frozen floor tiles are now in the correct seasonal menus for the DIY recipes.

Also, it can’t be a bad thing when you have more opportunities to find and place super cute singing and dancing statues.

Get Ready, Because Animal Crossing DLC Is Ready for Preload
Next
Devotion Studio Red Candle Steps Away From Horror to Do Taopunk
Previous
Supergiant’s Hades Wins First-Ever Hugo Award for Best Video Game