Adidas And Guardians of the Galaxy Footwear Officially Unveiled 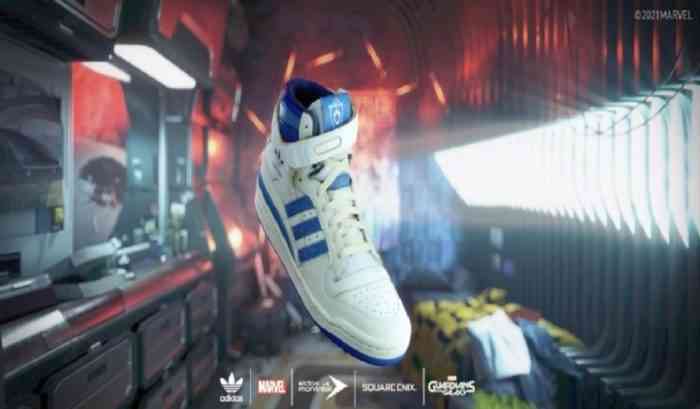 The footwear collaboration is based upon distinct personalities and styles of the Guardians of the Galaxy characters. Furthermore, the six shoes were designed in part by James Liu, Senior Designer for footwear exclusives at Adidas. James Liu went on to explain the design choices stating, “A key starting point for the design of each sneaker was the unique visual cues from each of the characters – whether it’s the stitching details on Star-Lord’s leather jacket, Groot’s earthy color palette, or Drax’s unmistakable tattoos…From there, we wanted to inlay various design discovery elements that helped further bring the story of each character to life. Bringing it all together across the collection are unique signifiers for this original take on Guardians of the Galaxy as a Super Hero team – with matching sockliners, hang tags, labels, and packaging.”

Thus far, the shoes showcased have been the Star-Lord Forum Hi 84 and Forum Mid along with Drax- Ozelia and Groot- NMD R1. Furthermore, Gamora-ZX 2k Boost 2.0 and Rocket- ZX 1K Boost have been unveiled.

What are your thoughts on Marvel’s Guardians of the Galaxy? What do you think about the footwear collaboration? Are you interested in a shoe from the collection? Let us know in the comments below or on Twitter and Facebook.