The game’s release trailer shows its graphics and feel. Trains glide through great scenery and much more. Are you ready to hit the railroad? 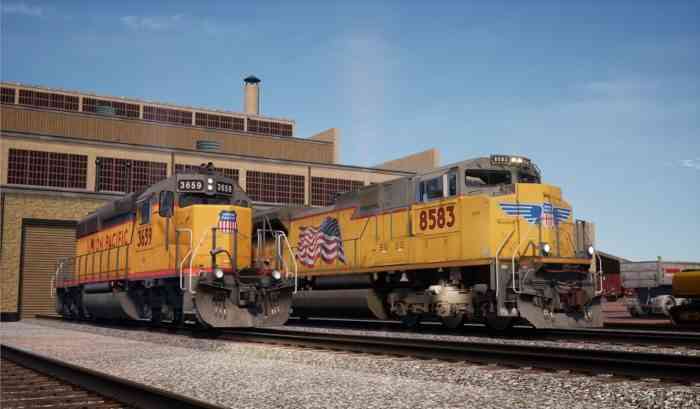 It will be available for $29.99USD / £24.99.  The game features the Cheyenne-Laramie line and the western scenery, operated by the Union Pacific. However, the add-on is currently on sale on Steam for the price of $26.99USD. Fans should take advantage of the 10% discount now!

Players will explore various routes in the game which has a host of features including a 58-mile route from Cheyenne to Laramie, Wyoming. The Journey Mode offers 24 hours of content for players to explore, various route tasks to complete and an extensive timetable.

Furthermore, players will navigate the 58-mile route in the powerful Union Pacific Electro-Motive SD70Ace and the EMD SD40-2. Both trains offer some serious horsepower. The designers have also worked to ensure that the trains in the game are accurate and true-to-life.

Other features include Livery Designer and Scenario Planner options for players! Also, training modes and fresh scenarios ensures that newer players are able to keep up.

What are your thoughts on Train Sim World 2: Sherman Hill? Are you interested in its release? Let us know in the comments below or on Twitter and Facebook.