Save the Trees! And the Cities! Save Everything!

This year is the 25th anniversary of the Star Ocean series. There won’t be any new game before the end of the year, but fans do have something to look forward to. Star Ocean: The Divine Force will be coming out sometime next year, but in the meantime, we have some really good looking environments to gaze at.

If you are seeing a Star Ocean game for the first time, The Divine Force is an RPG set in a sci-fi/fantasy world. Side by side, you will see lush forest areas, natural dirt road paths, and ancient rock sculptures, next to massive, high-tech cities of skyscrapers and flying vehicles. Players will also be able to visit castle towns with brick roads, stone walls, and statues. 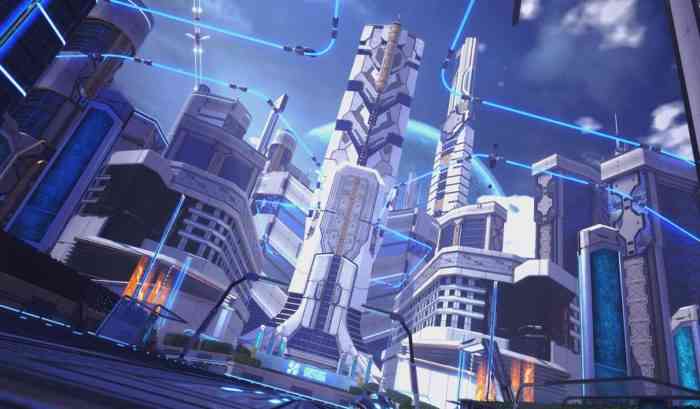 There are also magical, crystal beacons, surrounded by floating rocks, as well as distant planets in the sky. Since a big conflict in the game will include intergalactic battles, you can bet some of the action will look as stunning as the static environments.

Like other Square Enix JRPGs, like Final Fantasy, Star Ocean players will be exploring all sorts of places, such as dingy mining towns, ancient ruins of temples and cities, cave formations, and spaceships. The universe will be yours to explore, like an ocean of stars. A Star Ocean, if you will.

Do you like the way The Divine Force looks? Let us know in the comments below.