Shadow Tactics: Blades of The Shogun Expansion Releases In December

Shadow Tactics: Blades of The Shogun Expansion Set For Release In December

Shadow Tactics is a stealth game mixed with real-time tactics elements that keeps players on their toes throughout their gaming experience. Shadow Tactics: Blades of The Shogun originally released in 2016 on the PlayStation 4, Xbox One and PC. The game’s style mirror that of Desperados and the Commandos series. As the game hits its 5th anniversary, developers Mimimi Productions have announced that a standalone expansion, Aiko’s Choice, will release on December 6th 2021. The standalone expansion will continue the story of Shadow Tactics: Blades of The Shogun, as the journey of the assassins continue. 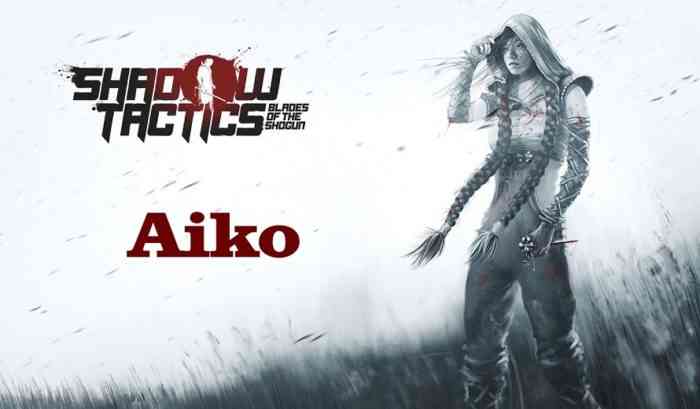 In the expansion, players return to Edo, the ancient capital of Japan, where they follow Aiko, a kunoichi adept, and other assassins as they hunt down enemies of her past. Aiko is a master of camouflage and uses the Geisha to disguise herself and gain an upper hand on her enemies. Though Aiko has attempted to leave her past behind, an old master, Chiyo, is hellbent on challenging her.

The expansion will introduce fresh and new features including three full-fledged missions, new environments for players to experience and three interlude missions. Players can choose between lethal and non-lethal attacks, sneak past their opponents and choose between three difficulties that match their skill level.

In the expansion, players can choose from a new team of assassins, each with their own specialties, skills and abilities. The team can also be used together, tactically, in ‘Shadow Mode’ where all assassins will strike their enemy at once.

The stand-alone expansion can be wishlisted on Steam here.

What are your thoughts on Shadow Tactics: Blades of The SHogun? Have you tried it? Are you interested in the upcoming expansion, Aiko’s Choice? Let us know in the comments below or on Twitter and Facebook.