Turtle Beach Corporation is a leader in the video game industry and produces some of the best peripherals around, as its headsets are used by eSports professionals and casual gamers alike. Neat Microphones is a brand that falls under the Turtle Beach umbrella and is known to create high quality USB and analog microphones for streamers, professionals, gamers and casuals alike, with premium quality and mechanics. Neat Microphones first announced the King Bee II XLR Microphone in June and confirmed that it would launch in November. Turtle Beach have confirmed that the King Bee II XLR is available at retailers from today at the price of $169.99USD. Some of the retailers include Amazon, Sweetwater, zZounds and American Music Supply. 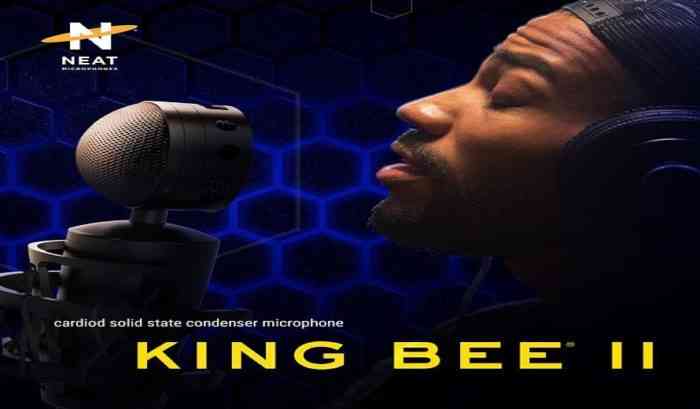 Skipper Wise, founder of Neat Microphones, was excited for the release stating, “The King Bee II is the new king in our product range, and I’m thrilled to hear what the world’s leading artists and creators produce with it once they add it into their studios and audio setups…Our passion is to create microphones at a level of quality and performance for today’s professional vocalists, musicians and creators, and for a price that no one can match, and the King Bee II is exactly that.”

The King Bee II XLR provides a compact design with a 34mm precision, gold-sputtered microphone capsule. The microphone boasts premium sound quality and can be used for a variety of purposes including capturing instruments, vocals, spoken word and much more. Whether you are a podcaster, streamer or artist, the King Bee II XLR is a great option.

What do you think about Turtle Beach products? What are your thoughts on Neat Microphone’s King Bee II XLR? Are you interested in its launch? Let us know your thoughts in the comments below or on Twitter and Facebook.