The Grand Theft Auto franchise is now a staple in the gaming industry, but its early iterations were marred with controversy over its graphic details and violent gameplay. The game has now cemented its place in the industry and Rockstar have officially announced that Grand Theft Auto: The Trilogy – Definitive Edition will release on November 11th on the PlayStation 5, PlayStation 4, Xbox Series X/S, Xbox One, Nintendo Switch and PC via the Rockstar Game Launcher. The definitive edition packages Grand Theft Auto III, GTA: Vice City and GTA: San Andreas into one blockbuster collection. Physical releases of the games will launch on December 7th for the PlayStation 4, Switch, Xbox One and Xbox Series X/S while the game will be available on the Xbox Game Pass from November 11th.

The minute long announcement trailer showcased each of the three games while giving fans a view at the upgrades visuals involved across various cutscenes and gameplay. 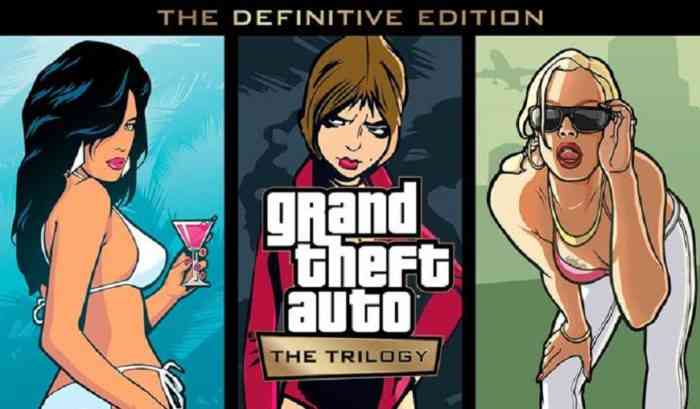 As Liberty City, Vice City and San Andreas are brought back to life, the game includes modern controls, visual enhancements across the worlds based on new hardware capabilities including a rebuilt lighting system, improved shadows and reflections, fresh character and vehicle models and much more. The developers have endeavored to improve the game’s quality of life while keeping its nostalgic look and feel.

Although originally developed by Rockstar Games, the team at Grove Street Games have used the Unreal Engine to make these legendary titles much more immersive and to celebrate the legacy of the games.

Interested fans can pre-order the Definitive Edition here at the price of USD$59.99.

What are your thoughts on the announcement? Are you interested in hopping back into these classic titles? Let us know in the comments below or on Twitter and Facebook.