Ring in the New Year a Different Way

Nobody like giving or receiving bad news. FromSoftware has to deliver some bad news concerning their highly anticipated game Elden Ring, but they are cushioning its impact with some pleasant news as well. The release date has been pushed back, but fans can register for the closed network test, which will be held in November.

Just a couple of days ago, some Elden Ring gameplay footage was leaked.  The surroundings in the video are present in the closed network test announcement, so we can assume it is legit. 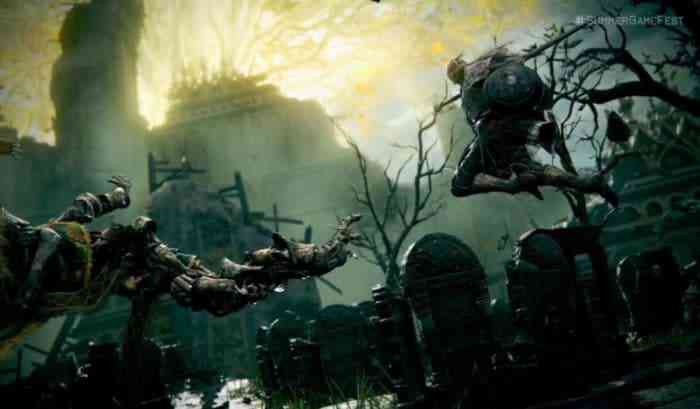 Elden Ring was supposed to be set for a January 21st, 2022 release date, but those hopes were dashed. Instead, FromSoftware is aiming for a February 25th, 2022 launch. It is just a month’s delay, but hopefully it will make all the difference. FromSoftware is sure to learn a whole lot from the test as well.

Right now, fans can sign up for a chance to enter the closed network test on PS4, PS5, Xbox One, and Xbox Series X|S. Registration closes on November 1st, so be sure to sign up before then. The test will have 5 three-hour sessions spread across three days, November 12th-14th.

As one of the Tarnished, players will be roaming the Lands Between on a quest to restore the Elden Ring by collecting the Great Runes. Doing so will help them become the Elden Lord. If you don’t care about any of that, you will be able to fight creatures, bad guys, and strong bosses. Elden Ring will be coming to PC, PS4, PS5, Xbox One, and Xbox Series X|S on February 25th, 2022.

Will you try to join the closed network test? Let us know in the comments below.