DC League of Super-Pets is an upcoming animated movie, and it looks like it is getting its own video game in spring of 2022. The game, dubbed DC League of Super-Pets: The Adventures of Krypto and Ace will be a spin-off the blockbuster animation and will be released for Xbox One, Xbox Series X/S, PC, Nintendo Switch, and PS4.

The game was officially announced at the DC Fandome 2021 event, and it looks to be an on-rails shooter that is set in Metropolis. Krypto, Superman’s pet dog, will be firing lasers and defeating robots, earning XP for each opponent that is destroyed. It also looks like the character will have a special melee attack for DC League of Super-Pets players to use as well. 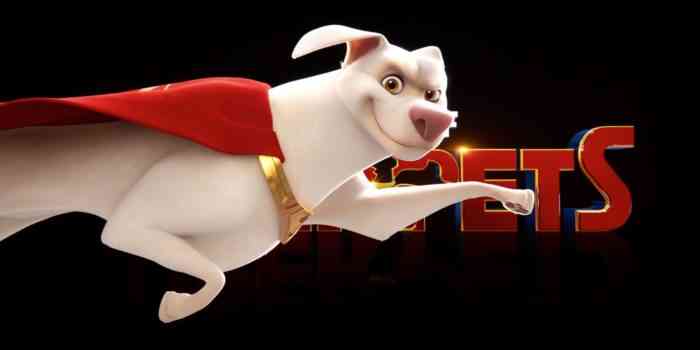 Although Ace, Batman’s pet dog, is not in the preview, it is expected that he will be in the game in some respect—considering that his name is included in the game’s title.

DC League of Super-Pets was developed by Outright Games, who, in turn, was also the team that created Blaze and the Monster Machines, as well as PAW Patrol the Movie: Adventure City Calls. The game is licensed by Warner Bros. Interactive Entertainment, on behalf of DC. The movie will be featuring voices from Natasha Lyonne, Keanu Reeves, Kate McKinnon, Diego Luna, Vanessa Bayer, John Krasinski, Kevin Hart, and Dwayne Johnson.

DC League of Super-Pets players will be playing as Krypto and Ace as they take to the skies to protect the animal population of Metropolis. This heroic duo will be flying over the city’s sky lies as they take on a new looming threat and save the day with unique abilities and skills—each of them will have their own unique set.

As of the moment, there is not much information offered about the upcoming game, but DC fans can expect more information about to be provided in the coming weeks.