What Will You Become?

The Shin Megami Tensei series has always been about the unholy and usually ugly merging of modern life with otherworldly demons. Generally speaking, this ends in an apocalyptic disaster, and it looks like Shin Megami Tensei 5 is following the footsteps of its predecessors here.

The new Nahobino trailer shows off what Shin Megami Tensei 5 is doing differently, however, and it’s all wrapped up in the nature of the new game’s protagonist. That’s right–the devs are finally starting to explain what exactly a Nahobino is. You know, aside from an apparently blasphemous existence that people are still totally willing to use for their own purposes.

We already knew the protagonist became a Nahobino by fusing with an unknown entity who saved him from demons, granting him a slick sci-fi jumpsuit and gorgeous glowing hair in the process, but now it appears that the fallen god known as Aogami will be sticking around after the fusion process. Shin Megami Tensei 3‘s Magatama had basically no real influence on the protagonist and Shin Megami Tensei IV: Apocalypse’s Dagda liked to throw his weight around, but Aogami seems to be taking something of a backseat in the plot.

While he seems very invested in making the protagonist take up the role of Creator in the apocalyptic city of Da’at, Aogami probably won’t be railroading you anytime soon. This isn’t exactly reassuring, especially since Shin Megami Tensei 5 seems to be taking a very deliberate look at the concept of sacrifice. Other games in the series asked players to fight for their lives or even their existence, but this game will be asking you what you think is worth fighting for–and then demand you sacrifice everything for it. 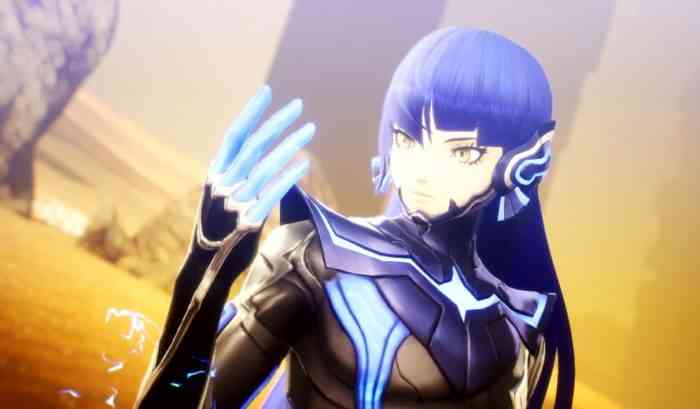 Shin Megami Tensei V will be available for Nintendo Switch on November 12th, 2021. Pre-orders for the physical edition will open on June 21st.

Which destiny will you choose? Let us know down in the comments, or hit us up on Twitter or Facebook.

Fortnite Confirms Dragon Ball Collaboration for Next Week
Next
Sony Head on Buying Firesprite, ‘You Will Be Excited for What Is to Come’
Previous
Razer Has Revealed Several Halo Infinite Inspired Products