The gaming community is still reeling from the bombs that PlayStation dropped earlier this week. Game’s like Wolverine, Spider-Man 2, God of War: Ragnarok, and Knights of the Old Republic got the much deserved spotlight, but Project Eve seems to have been overlooked.

Project Eve had been teased by developer Shift Up over the past couple of years, but the game had finally shown off its first trailer. It looks like a mix between Nier, Devil May Cry, and Bayonetta, and harnesses the craziness that they all posses. 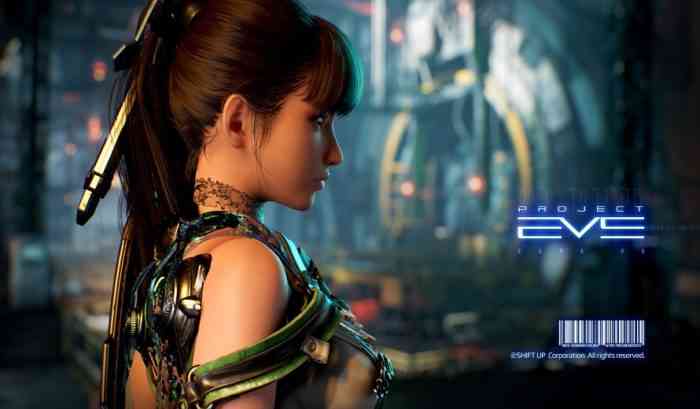 The story behind Project Eve is that there was a cataclysmic event that forced humanity to flee Earth. Not everyone could escape and they were abandoned to their fate. There was a group of warriors that were tasked with fighting the creatures that threatened humanity, but ultimately failed. Now Eve is on a mission to avenge the world by striking down all the monsters that now inhabit the Earth.

The action in the first trailer for Project Eve is very reminiscent of fantastical games like the ones listed above. There are tons of monsters of biomechanical origin, parasitic enemies, and towering titans that Eve stunts off of, rips apart, and unleashes devastating finishers upon.

We see a mix of gameplay and cinematic action. The gameplay appears to be a lot like the Nier games, with a lot of swordplay and counter/parrying/dodging tactics. The setting is also similar in that the game takes place in a distant future, where we find ruins of humanity where cities once stood.

There is no release date set for Project Eve, but it is planned for a PS5 release and hopefully other platforms *fingers crossed*.

Do you like what you see from Project Eve? Let us know in the comments below.