Project Triangle Strategy, the next game by the developers of Octopath Traveler, was announced earlier this year as a turn-based tactics game with similar graphics to Octopath Traveler.  Back in February, a demo of the game was released on the Nintendo Switch, giving a glimpse into the upcoming tactical RPG with a flashy pixel art style.  Today, the release date and final title of the game was announced: “Triangle Strategy” will be announced will be released on March 4th, 2022. 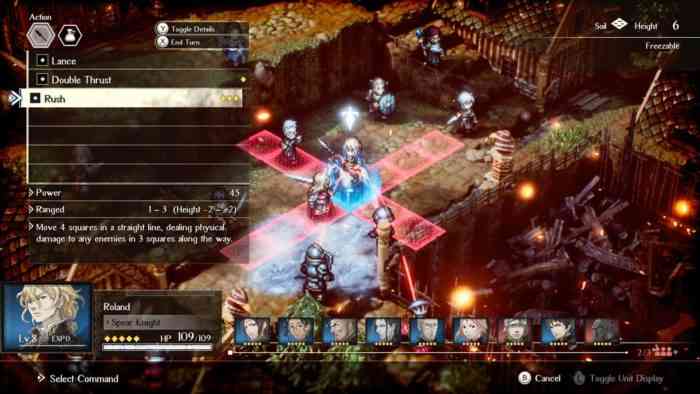 After the demo, the developers of Octopath, ArtDink, has announced that they will be “fine-tuning” the game based on feedback from players.  The updates will include numerous improvements to the game.  Triangle Strategy also seems to be heavily story-based, with the game depending on “key choices” in a “tangled plot.”  The combat also seems to be pretty complex, with high ground advantage for ranked units, flanking, and elemental chain reactions.  Like Octopath, the game will feature flashy animations on top of a pixel art style background.

In addition to the announcement today, we will be given a more in-depth look into the game in Square Enix’s Tokyo Game Show Showcase.  In addition to Triangle Strategy, big games such as Stranger of Paradise Final Fantasy Origin, Marvel’s Guardians of Galaxy, and Forspoken will also be covered at the showcase from October 1st to October 3rd.

What do you think of the newest game by the Octopath devs?  Are you a fan of the art style? Let us know down in the comments, or hit us up on Twitter or Facebook.