The biggest Tetris game of the last decade is finally going to be available on the go. Nintendo announced at the Indie World Showcase that Tetris Effect: Connected will be playable on the Switch starting October 8th. The multiplayer expansion of the original 2018 game will be coming off of its timed exclusivity with Xbox and Xbox Game Pass as part of Microsoft’s Xbox Series X next-gen game showcase.

“Yep, it is possible. Yep, we have been working on it,” Publisher Enhance wrote on social media. “And, yep, we can finally say it: Tetris Effect: Connected is coming to Nintendo Switch on October 8th!” 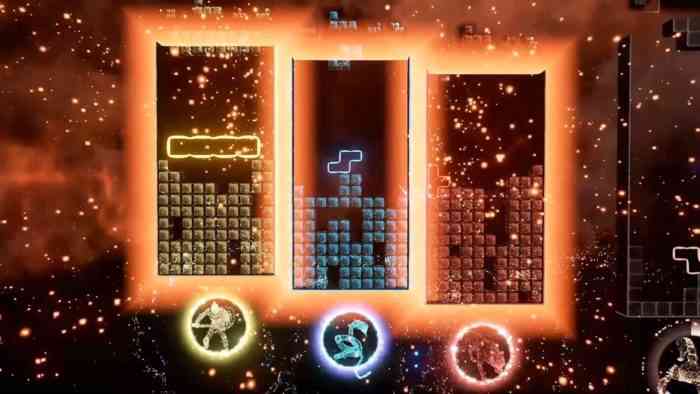 Created by Tetsuya Mizuguchi, Tetris Effect is a combination of fast block stacking with some pretty visuals and sound effects. Although the game’s signature gameplay was retained, Tetris Effect was specifically designed to be a full-on audiovisual sensory experience that added a new layer of depth to the 1984 classic.

Tetris Effect: Connected is the franchise’s multiplayer upgrade for 2020. With the added local or online cross-platform multiplayer and co-op modes, players are allowed to either go against or work together in search of the row-obliterating Tetris. The cross-platform feature means that Switch players can also experience the game with others who are using Playstations, PC, and Xbox.

Up to three players can play together locally or online, and the team can be further joined by one or two more computer-controlled players. For competitive gameplay, two Tetris Effect: Connected players can face off in both online and local unranked and ranked mode.

The legacy of the popular Tetris franchise will forever be linked with Nintendo history, with its IP achieving amazing popularity alongside the retro Game Boy consoles in particular. Although Tetris 99 was already exclusively playable on the Switch, it was only until recently that Switch users are made able to experience the franchise’s most memorable evolution in the past decade.