There’s Something Poetic About This

A long, long time ago–okay, it was actually back in 2005–a little game called Stubbs the Zombie in Rebel Without a Pulse hit store shelves everywhere. Now, that same game is once again hitting the physical gaming market, with almost two decades worth of extra polish in tow.

In this game, players take on the role of the titular Stubbs the zombie, a down-on-his-luck salesman who was shot and buried in a shallow grave only to rise up twenty years later seeking vengeance and delicious brains. Soon, he ends up at the forefront of a full-on zombie apocalypse as he tears his way through the retro-futuristic city of Punchbowl, which was built over his grave.

Stubbs the Zombie in Rebel Without a Pulse is far from the only game from the early 2000s given a new lease on life recently, but it’s still good to see an old title spread its wings. In Stubbs’ case, it’s even getting a new physical release courtesy of THQ Nordic and Aspyr Media, which is no easy feat nowadays. Well done, Stubbs.

If you have a craving for classic games, dark humor, or brains, then considering making room on your shelf for Stubbs the Zombie in Rebel Without a Pulse. There’s a solid reason this game has been able to claw its way out of the grave. 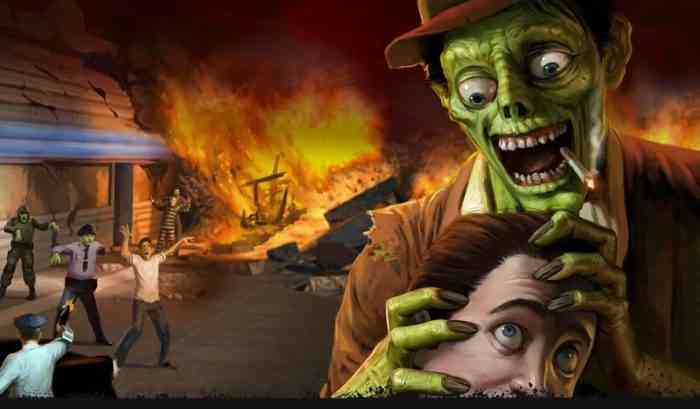 Stubbs the Zombie in Rebel Without a Pulse physical edition will be available for PS4, PS5, Xbox One, Xbox Series S/X, and Nintendo Switch on October 26th, 2021.

Fortnite V-Bucks Are Now Connected to PC, Mobile, Xbox & PlayStation
Next
Turtle Beach, Logitech and Razer Headset Are on Sale Now!
Previous
Vampire: The Masquerade – Bloodhunt is Coming to Early Access in September