Demon Slayer: Kimetsu no Yaiba – The Hinokami Chronicles is the much anticipated 3D-fighting game developed based on the popular Demon Slayer franchise.  Recently, the game’s twitter channel has made an exciting announcement for any Demon Slayer fan – the addition of demons to the roster. 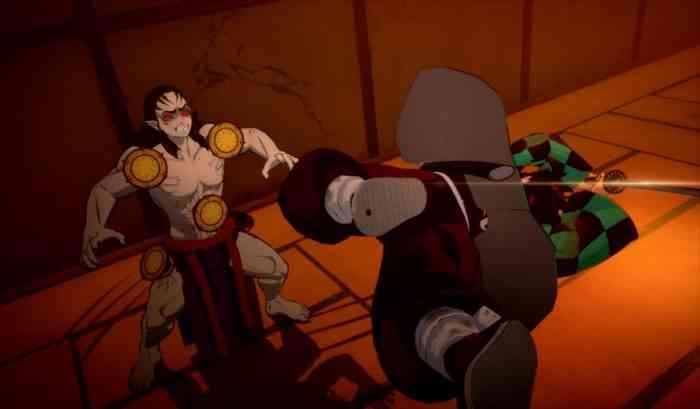 Ever since the game’s first trailer in June, fans of the Demon Slayer franchise have been eagerly anticipating its release.  From the trailer, it appears that the game will feature a cel shaded visual style straight out of the anime.  Moreover, although the game is a 3D fighting game and will feature a “Versus” mode as its primary gameplay, it will also feature an “Adventure” mode, where you can fight demon bosses.

However, some fans have noted the lack of demons in the 18 character roster.  A recent announcement aims to fix that concern.  In a recent video, the official Twitter account for the game, “kimetsuHINOKAMI,” released a short clip announcing that demons will in fact be added to the game as part of a free update after the game’s launch.

With the game’s already large roster, this exciting news will give even more reason for Demon Slayer fans to play the game.  In another twitter post, some of the demons are teased.  These may include the Drum Demon Kyogai and the primary antagonist Rui.  However, it is also likely that some demons may only be available in game as part of enemies in the adventure mode.

What do you think of the newest announcement? Are you excited to play all the new demons? Let us know down in the comments, or hit us up on Twitter or Facebook.


Twerkin Gherkin Cosplay Will Set Your Heart On Fire