Due to its incredible popularity and commercial success, at the Summer of Gaming 2021, Sega confirmed that Demon Slayer: Kimetsu No Yaiba Hinokami Chronicles is officially going to be brought to the West. The game is set to be released on 15th October 2021 and will be available on the PlayStation 5, PlayStation 4, Xbox One, Xbox Series X/S and PC via Steam. The physical standard edition is currently available for pre-order while the Digital Standard and Deluxe Edition are currently unavailable, but should open soon. Today, at the Aniplex Online Fest 2021, which was streamed live on Youtube, PlayStation 5 footage of the upcoming release was showcased to the world.

Publisher Aniplex and developer CyberConnect2, known for their work on Naruto video games, officially debuted live gameplay from the PlayStation 5 version of Demon Slayer video game. In the footage, fans were shown a five minute tag team battle between Tanjiro Kamado and Murata against Kyojuro Rengoku and Shinobu Kocho. In the footage, fans were able to see various combos, fighting animations, graphics and skills of four of the major characters in the anime series. The footage below includes the fight and runs from 5:10:12 to 5:15:55.

In Demon Slayer: Kimetsu No Yaiba, players take control of Tanjiro, the main character in the anime, who sets out on an adventure to become the top demon slayer as he must avenge the acts of demons against his sister, Nezuko. The game takes players on the journey as they relive the Tanjiro Kamado, Unwavering Resolve Arc and Mugen Train Arc. The game will include voice from work the original English and Japanese language cast. 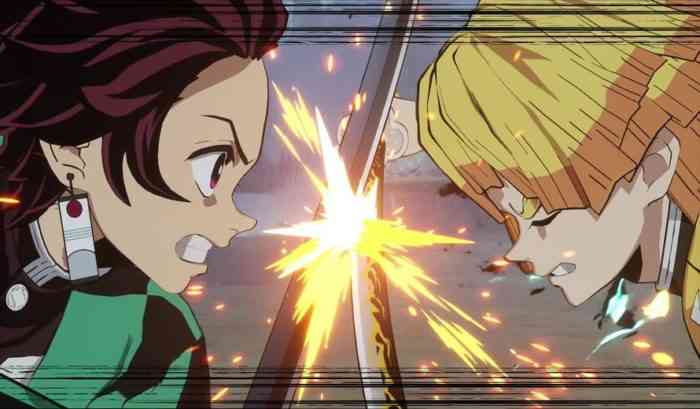 Are you excited for Demon Slayer: Kimetsu No Yaiba Hinokami Chronicles coming to the West? What are your thoughts on the next-gen gameplay? Let us know in the comments below or on Twitter and Facebook.