Is There a Monster Energy Drink Filling?

Are we seeing Xbox branch off into kitchen appliances and food products? Probably not. They do however engage in fun things like sending iJustine an Xbox Series X|S fridge. Now, they are teaming up with Krispy Kreme to make Xbox Donuts called The Nexus Level.

America, am I right? Wrong. This collaboration is actually being done in the UK. Xbox UK and Krispy Kreme UK are running a tasty, high-calorie promotion, where customers can win an Xbox Series S and I have to say, it looks pretty tempting. 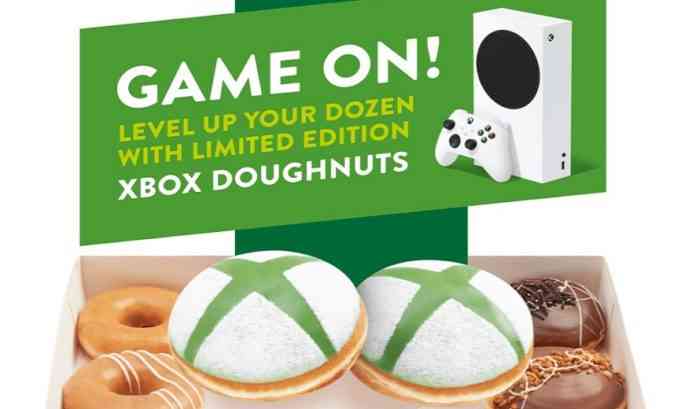 The Nexus Level donut is a “limited edition doughnut is made with our irresistible light and fluffy dough with a rich and gooey brownie batter, dipped in icing and decorated with the iconic Xbox logo.” It looks a lot like the Xbox 360 home dashboard button, too.

In this promotion, you can buy, in stores or online, a dozen Nexus Level donuts, which comes with a code that gives you a chance to win an Xbox Series S. Each “initial entry” also gets a free month of Xbox Game Pass Ultimate. Maybe someone smarter than I can figure out if that means that only your first entry gets the free month or if every entry is a free month.

This promotion is going on between August 2nd and August 22nd, so if you live in the UK and you want an Xbox Series S, you might want to make some sacrifices and eat a ton of delicious donuts. And hey, even if you don’t win, you get at least a month of free access to over 100 great games.

Would you get these donuts even if there wasn’t a contest? Let us know in the comments below.