Water You Talking About?

Japan is very embracing of video games and popular culture in the everyday lives of its citizens. You may have heard snippets of music from Final Fantasy, Sonic the Hedgehog, Nier, and Dragon Quest in the opening ceremony at the 2021 Tokyo Olympics. They have also made a familiar face the official ambassador to Water Day, which takes place on August 1st.

Apparently, the first generation Pokémon and water evolution of Eevee, Vaporeon, has been made Japan’s Water Day ambassador. Earlier this week, Japan’s Minister of Land, Infrastructure, and Transportation met with someone in a Vaporeon suit to make the partnership official. 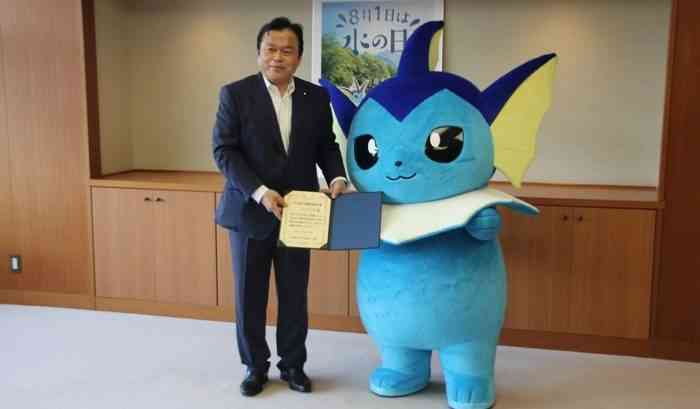 In Japan, Water Day is a day to learn about and highlight the importance of water systems, resources, and conservation. It should be noted that Water Day is different than Marine Day, which Japan just celebrated earlier last week. Marine Day is about celebrating the ocean that surrounds Japan, as an island nation.

It is refreshing to see a Pokémon other than Pikachu being the mascot for something. Vaporeon is also seen with Miss Nippon 2021 dubbed “Water Angel”. Together they are promoting events surrounding Water Day.

Pokémon is also celebrating the launch of the newest free-to-play game Pokémon Unite, which is out now for Nintendo Switch and mobile devices.

What other Pokémon would be good mascots for international holidays? Let us know in the comments below.

Pokemon GO Devs Respond to Backlash About Recent Event
Next
Indie Dev Is Going All in on Post Trauma, a Silent Hill-Inspired Game
Previous
Nacon Revolution Unlimited Pro Is a Hefty $31 off This Weekend