Version 1 is a multi-property eSports organization based in Minnesota that has teams in Valorant, Rocket League and of course, in the Call of Duty League, as it is represented by Minnesota Rokkr. The organization has officially announced that Minnesota Rokkr is now in partnership with the Waconia Brewing Company. The Waconia Brewing Company, also based in Minnesota, strives to make well crafted beer full of quality and flavor. The companies have put their minds together and will officially release a blonde ale known as ‘Final Circle’, which most likely stems from Call of Duty: Warzone’s influence. 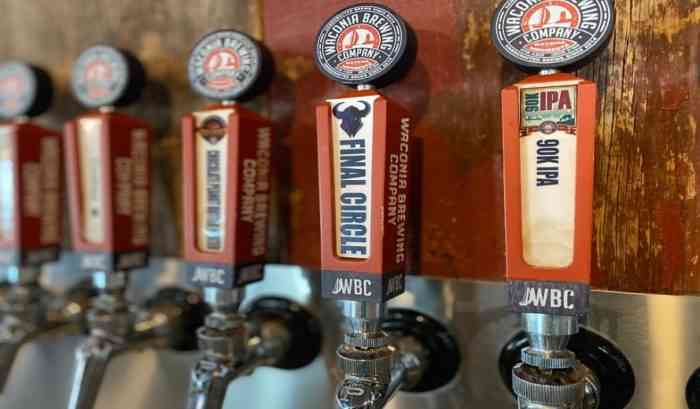 The concoction of the blonde ale will lead to an almost shandy-like taste as it includes boysenberry. Final Circle is a low calorie, light beer that uses fruits such as blackberry and raspberry to provide a juicy and tart taste. The drink features a 4.6% ABD, 10IBU. The collaboration comes from a love of eSports, local craft beer and building a vibrant eSports scene in Minnesota.

Tanner DeLange, Brand Manager for the Brewery, stated, “We are thrilled to release Final Circle as part of Røkkr’s home series weekend. Waconia Brewing Company is owned and operated by a family of gamers.” Annie Scott Riley of Version1 noted the company’s excitement to enter into the deal stating, “Final Circle, our first beer in partnership with Waconia Brewing, is a celebration of victory. We were inspired by that sweet, dark feeling of making it to the end of the battle — elation, power and that sense of ‘now I can relax.”

The collaboration comes at the perfect time as Minnesota Rokkr is ready to vie for its spot at Championship Weekend in the Minnesota Home Series. Furthermore, to celebrate the beer’s launch, a party will be hosted at Up-Down Arcade Bar in Minneapolis Uptown area and the beer will be available on tap.

Minnesota Rokkr’s starting lineup is Attach, MajorManiak, Priestahh and Standy. What do you think about the partnership and the growth of eSports? Are you fan of the Call of Duty League and Minnesota Rokkr? Let us know in the comments below or on Twitter and Facebook.