Port Royale 4 originally released in 2020 as the latest iteration offers players the opportunity to experience the Caribbean seas while establishing successful trades, dominating other colonies and more. Gaming Minds Studio along with Kalypso Media have officially announced that the game will be coming to next-gen consoles, the PlayStation 5 and Xbox Series X/S on 10th September 2021. In May of this year, the company released the game on the Nintendo Switch.

In Port Royale 4, players will become a colonial power and fight for supremacy of the Caribbean during the 17th century. During the journey of being a mere village to becoming a bustling city, players will develop their production chains, trade routes, unlock ships, buildings and more and of course, conquer rival colonies who dear test your might. 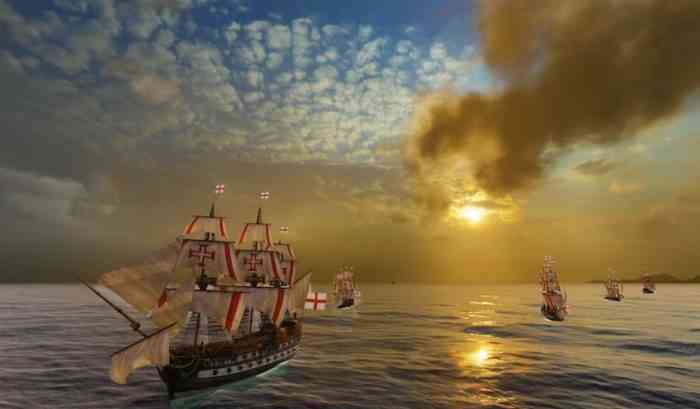 The next-gen versions will provide a host of new features for fans of the series including enhanced graphics, visuals and performance, cross-gen save functionality and enhanced lighting and weather simulation. On both the PlayStation 5 and Xbox Series X, players will enjoy the game in 4k resolution, which lends to stunning visuals and a better experience. On the Xbox Series S, players will be capped at 1080p.

In its announcement trailer, fans were given a hint at the upgraded graphics on show as the game’s combat, exploration and the stunning scenery of the colonies were showcased.

Port Royale 4 is currently available on PC, PlayStation 4, Xbox One and Nintendo Switch.

Are you interested in Port Royale 4? What are your thoughts on its next-gen release? Let us know in the comments below or on Twitter and Facebook.