Doki Doki Literature Club Plus Sells Over 500,000 Copies in Its First Two Weeks

The Devs Have High Hopes For This Game

Sometimes, the transition between free game and paid follow-up or remake can be a rough one, filled with tension as fans demand to know why they suddenly have to pay for something that was freeware. Other times, you end up with the critical and commercial success of Doki Doki Literature Club Plus, which is doing very well for itself, having sold over 500,000 copies in its first two weeks.

Doki Doki Literature Club Plus marks publisher Serenity Forge’s debut as a physical games distributor. The company continues to expand from its original roots as an indie games publisher, taking on new responsibilities and branching out into new areas of the industry. 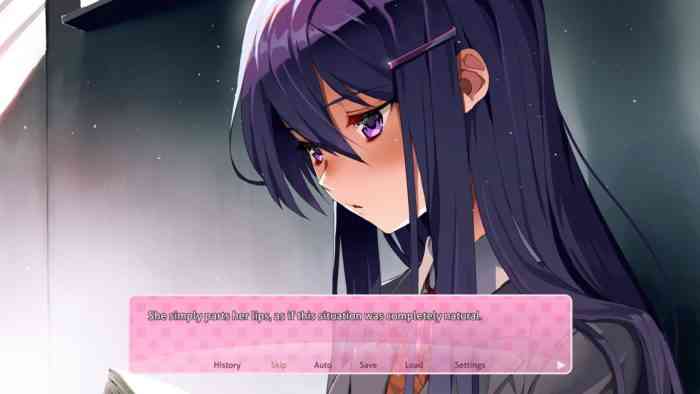 The developers who worked on the game are thrilled with its popularity. The success of Doki Doki Literature Club Plus isn’t just fantastic for fans of the original game–it’s proof positive that Serenity Forge’s new direction is a good one.

Dan Salvato, the creator of Doki Doki Literature Club, said, “I’ve had the opportunity to hear from so many fans about their experiences with DDLC Plus, especially the new Side Stories. We’re all brought together through connecting with the club members and relating to their everyday challenges. It inspires us to take on our own challenges and be our best selves. It means so much to me that I can make a difference in that way, and I hope our feeling of closeness will never have to subside. I’m eternally grateful for it.”

For those of you who’ve been living under a rock–or just don’t like dating sims, we suppose–Doki Doki Literature Club is a disturbingly meta psychological horror game cunningly disguised as a cute, fluffy dating sim. If you’ve seen the box art of the expanded re-release, Doki Doki Literature Club Plus, then you’ve probably put together that there’s something wrong with Monika. And you’d be correct: Doki Doki Literature Club tells the sad and horrifying tale of a video game character who’s realized that she’s fictional, and who is clumsily trying to reprogram the game so she can convey her love to the real person playing it.

However, while Monika’s plight forms the backbone of the main game, many fans of the original Doki Doki Literature Club became attached to the characters and were disappointed when the horror elements kicked in. Doki Doki Literature Club Plus’s Side Stories are dedicated to those fans, going into detail on who the girls are and the problems each of them face, from Sayori’s depression to Yuri’s self-harming to Natsuki’s abusive home life.

Who’s best girl and why is it Monika? Let us know down in the comments, or hit us up on Twitter or Facebook.

Arma Reforger May Finally Connect Franchise With Console Players
Next
Cris Tales is Out and Its Launch Trailer is Awesome
Previous
New Back 4 Blood Trailer is Full of Blood & Guts, And It’s Awesome