What Lies Behind Our Eyes

It’s been a while since we last herd about Senua’s Saga: Hellblade 2. First revealed at The Game Awards 2019 with an eerie trailer showing off the horror-tinged journey into Icelandic myth that we’ll be embarking on. Now, developers Ninja Theory have given us an update at the Xbox Games Showcase Extended event – and it seems that Hellblade 2 won’t be releasing for quite a while yet. 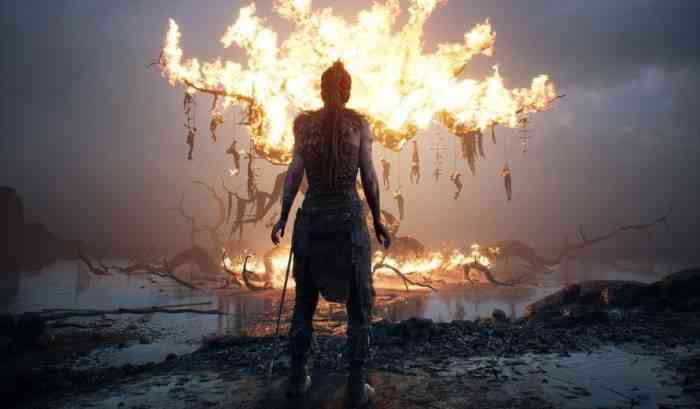 In the “not a trailer, not a gameplay reveal” update, Ninja Theory’s ‘Chief Creative Ninja’ Tameem Antoniades gave us a brief overview of what stage Hellblade 2 is at, what the team are working on right now, and gave a look at how things are progressing. To cut to the chase, Hellblade 2 is still in pre-production: Antoniades explained that the team are currently working on “building a good chunky slice of the game” before launching into full production. Intriguingly, he also said that Hellblade 2 won’t be a “straight sequel”, but that the team were doing “something extra special” with the title to honour the first game.

In order to capture the Icelandic landscapes that’ll be the main setting of Hellblade 2, Ninja Theory have sent art and audio teams to Iceland to do photography and photogrammetry that, along with satellite imagery, will be used to bring large portions of the landscape to the game. That’s not the end of the physical work being done – real costumes have been created to be scanned and modeled, and the actress portraying Senua herself, Melina Juergens, and the animation team have been spending the last two years doing combat training to bring a sense of realism and brutality to the combat animations.

The update also featured a montage of several behind the scenes shots that you’ll find below. From the narration, it seems that while Hellblade: Senua’s Sacrifice followed Senua’s journey into Helheim, the realm of the dead, she’s set her sights on another target this time: hunting down the gods themselves.

It’s still not clear exactly when Senua’s Saga: Hellblade 2 will be ready for a more in-depth reveal, but it’s safe to say that we won’t be seeing much more of it for a long time yet.

The Long Dark Tales From The Far Territory Has A Lot of Content
Next
The Cris Tales Opening Movie is Simply Spectacular
Previous
GetsuFumaDen: Undying Moon is Adding a New Playable Character