When Metroid Dread was revealed at E3 last week, a couple of supplementary items were announced with it. We saw the Special Edition that comes with several collector’s items and two Amiibos for the game. The Amiibos are of Samus, as she appears in the game, and EMMI, a new enemy type that will be hunting and stalking Samus throughout the game. They look great, as Amiibos usually do, but what sets them apart from other accessories is their function. Most Amiibos give players a cool cosmetic, but the Samus and EMMI Amiibos give players an in-game edge. 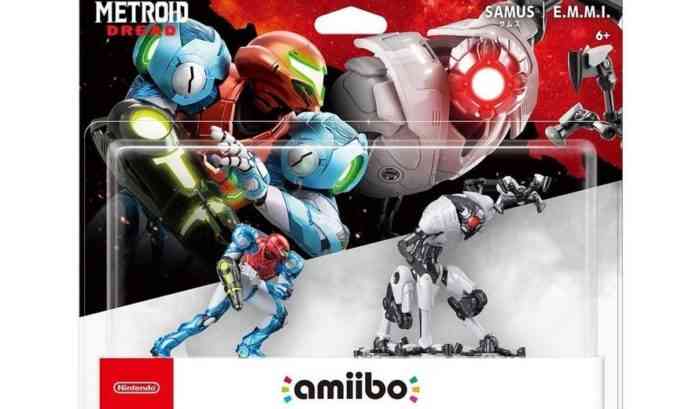 Activating Samus Amiibo will permanently increase the player’s health by 100. Not only that, but subsequent activations will partially refill Samus’ health once a day. On the offensive side, EMMI will permanently increase the player’s missile capacity by 10. Everyday, the player can use the EMMI Amiibo to replenish some missiles. Not to be greedy or ungrateful, but it would be cool to get the Zero Suit or the classic orange and red armor. There are other Metroid Amiibos used for Super Smash Bros. out there, so why not? Just a thought.

So, if you want some extra health and some extra firepower going into Metroid Dread, you should try to get your hands on these Amiibos, though they will probably be pretty scarce. Metroid Dread will be coming out on October 8th exclusively for Nintendo Switch.

Will you be trying to secure your own Amiibos? Let us know in the comments below.