Absolutely Dreadful, in a Good Way

It may not be Metroid Prime 4, but Nintendo has announced a new Metroid game. Returning to the classic 2D roots of the series, but adding a horror element, Metroid Dread will be available for fans new and old to play in October. If you are already sold on the game, it is available to be pre-ordered now. Bear in mind, you can get the standard edition, but should also take a look at Metroid Dread Special Edition, which comes with a few collector’s items you may appreciate. 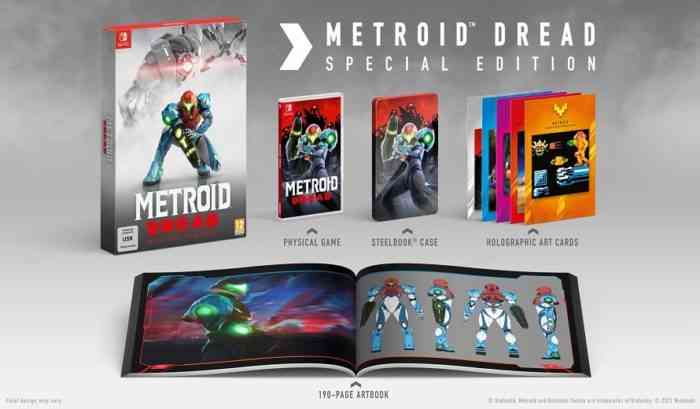 There are no in-game items that come with the Special Edition, but it may give you a good reason to go  physical with this game. Getting the Special Edition will come with the base game, a steelbook case, a 190-page artbook, and several holographic cards, which display both classic and modern art from the Metroid games. The standard edition costs about $60, but the Special Edition is set at around $90. Not too bad for some extra stuff. If you do prefer in-game content, you could also check out the Amiibos for the game, though we don’t actually know if they will add anything digital.

Will you be checking out Metroid Dread? Let us know in the comments below.