The much-anticipated release of Metro Exodus’ Xbox Series S|X and PS5 upgrades has finally arrived. To celebrate, 4A Games released a new accolades trailer to showcase all the wonders and terrors the game has to offer. This video begins with the player character Artyom reloading his weapon while a deep voice reminds him that the order was created to save people–all people–and that it is his turn now. From there, it highlights a wide variety of gorgeous Russian landscapes. At least, they’re gorgeous until you realize that some of those twisted trees and unique rock formations are in fact the remains of train tressels and buildings, though a certain haunting beauty remains even after that discovery. Metro Exodus is a very good-looking game on current-gen hardware, and if this trailer is anything to go by, it’s a very good-sounding game as well.

In the trailer, Artyom is challenged to lead his wife Anna and a group of loyal Rangers across the Russian wilderness in the aftermath of Metro: Last Light’s “Redemption” ending. They have discovered proof positive that there are survivors outside the Moscow Metro. However, that doesn’t guarantee these survivors will be friendly, and Artyom is repeatedly shown fighting other groups of humans as well as mutated beasts to protect himself, his men, and Anna.

Players who’ve already finished the game may also want to give this upgrade a look as it offers Ray Tracing, implementation of Ray Traced Emissive Lighting, FOV Slider, and increased FPS and resolution. It also takes advantage of specific hardware features for each console, including the PS5’s Haptic Feedback capabilities and the Xbox’s Spatial Audio. This return to the cold, grim, and deeply affecting post-apocalyptic world of Metro is definitely worth checking out. 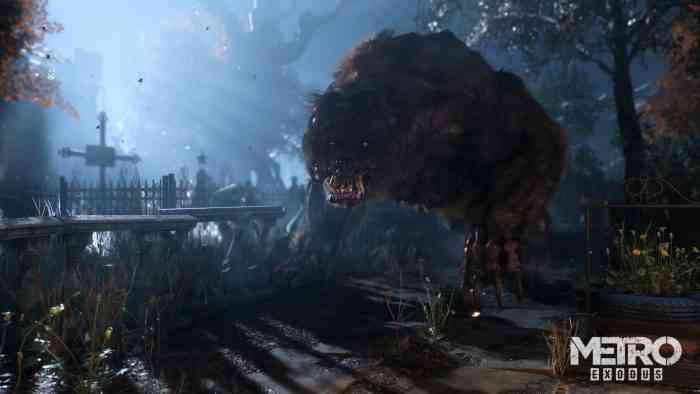 The enhanced edition of Metro Exodus is now available on Xbox S|X and PS5, where it’s a free update for anyone who already owns the Xbox One or PS4 versions.

Will you upgrade to the enhanced version of Metro Exodus? Let us know down in the comments, or hit us up on Twitter or Facebook.