From ARGs to unfiction, the idea of blending reality with a fictional world isn’t exactly a new idea. Whether it’s through social media like YouTube and Instagram or through immersive gameplay, ARG writers and producers are always looking for new ways to get their audience hooked in to their stories. Now, the immersive entertainment company Swamp Motel, best known for running the London-based Resident Evil 2 escape room/haunted house hybrid, have got their sights set on a new kind of immersive game.

Isklander is advertised as part puzzle game, part interactive movie and part scavenger hunt. The game will be released in three parts – Plymouth Point, The Mermaid’s Tongue and The Kindling Hour – with each part offering its own distinct genre of mystery to be solved. Along the way, players will hack into emails, make phone calls, examine social media posts and trawl through websites in order to uncover the mysteries at play. 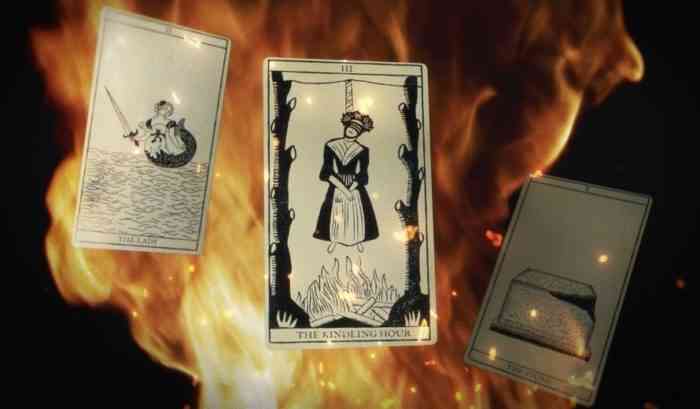 However, one big thing sets Isklander apart from your run-of-the-mill ARG: Not only is it a multiplayer experience, but you’ll also only have a limited amount of time to unearth the truth. Teams of up to six players will have to book time slots in advance in order to play through the three chapters. This allows the game’s ‘puppet masters’, the writers and architects of the game, will be able to monitor players throughout their investigation and make new information available to them in an organic, realistic way.

Swamp Motel co-founder Ollie James commented on the upcoming game: “Swamp Motel’s background came from immersive theater, and what we really love is putting audiences at the center of the story, plus we’re all gamers at heart, so we wanted to make something that combined these two passions. With Isklander we created something that not only blurs the line between gaming and theatre, but also fantasy and reality. Isklander is a living, breathing video game, full of live operators, pre-recorded content, and plenty of player interaction. Fact and fiction become eerily intertwined in this one of a kind experience.”

Isklander will launch on July 1, 2021. You can book your slot now at the Isklander website!

Solve Spooky Space Mysteries In The Station Next Month