Roccat, a peripheral gaming company under the Turtlebeach umbrella based in Germany, officially revealed the all new Syn Pro Air premium wireless gaming headset. The Syn Pro Air is the latest addition to Roccat’s gaming headset lineup that has already established a stronghold in the industry alongside Turtlebeach, a true frontrunner and pioneer in video game peripherals. The Syn Pro Air headset combines Roccat’s design and engineering with Turtlebeach’s audio expertise and patented technologies. The headset shows off Roccat’s customary, signature style via its unique and sleek design using Stellar Wireless technology to ensure powerful 3D audio experience with long battery life and of course, RGB technology. Roccat’s Syn Pro Air is currently available for pre-order from participating retailers worldwide and on the Roccat website, roccat.com. The headset will be officially available on 20th June 2021 at a retail price of USD$149.99. 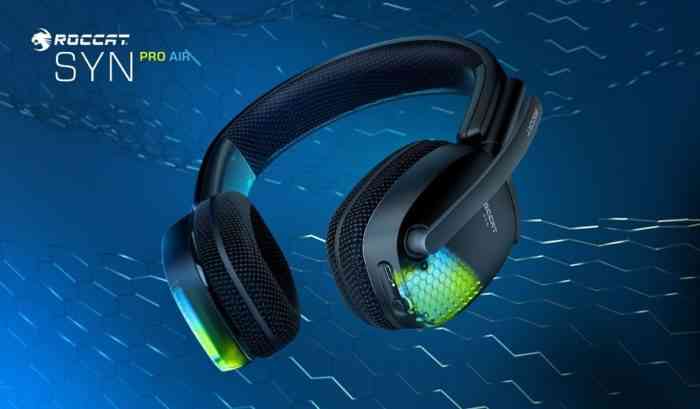 The Syn Pro Air offers a host of features that sets it apart including a high-sensitivity microphone using TruSpeak technology and a glasses friendly design via Prospecs. The Syn Pro Air pushes the boundaries of 7.1 surround sound by utilizing 3D audio that gives players a competitive edge to hear from above, below and all around. Further, the Superhuman Hearing sound setting, based on Turtlebeach’s latest technology, boosts critical enemy footsteps to assist players. Roccat’s Stellar Wireless technology ensures that the cable free experience is strengthened by twenty-four hour battery life per charge and a 15 minute USB-C rapid charge to get back to gaming as fast as possible.

Turtlebeach and Roccat believe that the Syn Pro Air Wireless Gaming Headset will be the premier choice for gamers in the future.