Dying Light originally released in 2015 as a survival horror video game developed by Techland. The game released to praise and plaudits from most critics and has since carved its way to become a staple in its genre. In 2018, fans of the series were given a glimpse of hope as Techland revealed the game at the e3 Video Game Showcase. Unfortunately, Techland later announced that it would delay the release of Dying Light 2 as it needed more time to fulfill its vision and properly deliver on the project. Thankfully, today, Techland has announced that Dying Light 2: Stay Human will officially release on 7th December 2021. Furthermore, the developers confirmed that Dying Light 2 would be making its way to PC, PlayStation 4, PlayStation 5, Xbox One and Xbox Series X/S. Techland released an official gameplay trailer to show off the features of the game.

In Dying Light 2: Stay Human, the fight against the virus in Harran continues and the humans are losing again. The City, one of civilization’s last and strongest settlements, is torn by conflict. The protagonist, Aidan Caldwell, is one of the last pillars of hope in society. Players, as Caldwell, will go out in search of the truth and as a result, end up in the combat zone, defeating enemies and making allies along the way. The most important task for Caldwell is to of course, stay human.

Dying Light 2 promises a vast open world engulfed in a new dark area with multiple levels, locations and secret passages as well as a ‘day and night cycle’ that essentially turns up the heat as the monsters come out at night. As the main characters, players will be put into positions to make choices that have severe consequences on the people and future of The City. 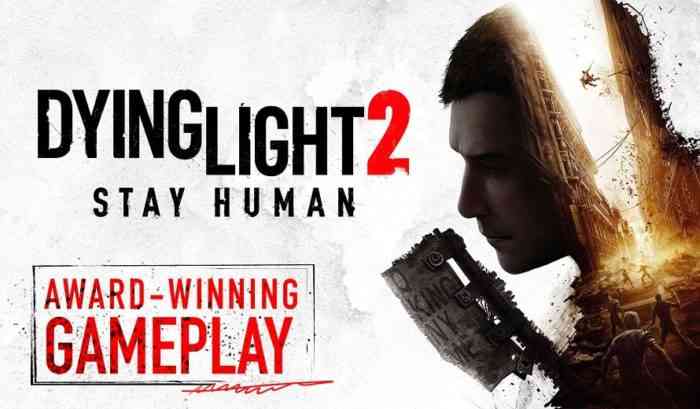