We Need to Go Creeper

Before today, you may have thought you would have to go to James Cameron to get footage from the deepest parts of the sea. Turns out, you just need some DLC set there and you can make it. Today, the newest Minecraft Dungeons DLC surfaces(?). What’s a more appropriate pun for this? Players have carved their way through the jungle, scaled the highest mountains, braved the cold, and faced the flames of the Nether. Now, they will plunge into the ocean in Hidden Depths. A new trailer has launched alongside the expansion, available on all platforms now. 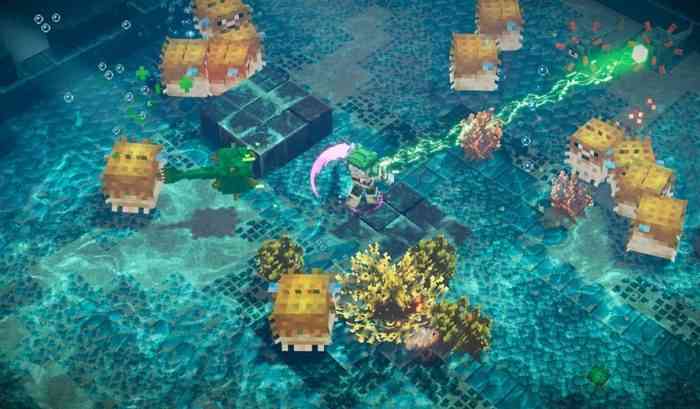 The trailer shows us new undersea variations of mobs, as well as new items, such as Eye of the Guardian. This weapon allows players to unleash the power of the underwater mob Guardian with a powerful beam that can be directed in any direction. This DLC will have you exploring Underwater Temples, crossing rivers of lava, freeing captive turtles, fighting the Drowned, and much more. Let’s also not forget about the free update that launches with Hidden Depths. The new update is adding Raid Captains, which can be found in any location and add an extra level of challenge.

Are you excited to plunder the ocean floor? Let us know in the comments below.