The Epic Games Store has been at the heart of controversy since its release and the tactics deployed have been interesting to say the least. Essentially, Epic Games has been paying developers and publishers a lot of money to bring games to the Epic Games Store before releasing on Steam and other platforms in an attempt to drive traffic to it. However, many gamers find this tactic to be anti-consumerism and complain that the Epic Games Store does not facilitate easy purchase, the simplest example being that the store still does not include a shopping cart. Recently, due to the issues between Apple and Epic Games, many former highly confidential documents are being disclosed to the public. The most recent document discloses Epic Games’ intention at bringing major titles to its store front. 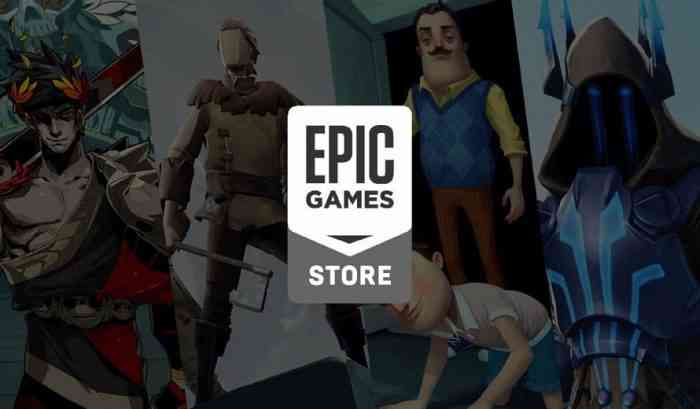 The document is labelled simply as ‘Individual Tactics’ and includes plans for approaching Sony, Microsoft and Nintendo, the gaming sphere’s largest companies in an attempt to bring First Party Titles on the Epic Games platform. For Sony, the document states that an offer was extended at USD$200 million for four to six titles being released on the platform. The titles themselves have not been confirmed but an offer of USD$200 million ought to be considered and the document further states that there is yet to be any feedback. For Microsoft, it appears that there have been some opening conversations and that the folks over at Epic Games Store understand that the PC Games Pass is a direct competitor and more importantly, that Phil Spencer, Executive at Microsoft Studios and Gabe Newell, President of Steam, have been having conversations. The potential repercussions of these conversations are potentially far-reaching and fans are speculating that the Games Pass may eventually end up on Steam. Epic Games understands that this move is detrimental to its goals.

Finally, with regards to Nintendo, the document states that this is a non-starter and describes it, albeit aptly, as a ‘moonshot’. Needless to say, Epic Games understands that Nintendo sharing its First Party Titles with any PC platform is nigh impossible. 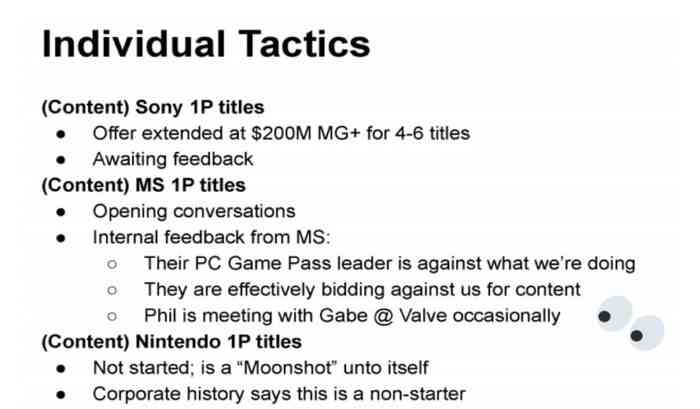 These developments are very interesting. Whether Epic’s attempts are futile or not will be revealed in the future but generally, the effects may create industry wide ripples.