Biomutant came out last week to pretty decent reviews, including from us. Most of the negativity comes from performance issues that get in the way of a great experience, but developer Experiment 101 is on the case. In a short and sweet message, the official Biomutant Twitter account is letting everyone know that there are ongoing fixes in the works that are aiming to fix some of the bugs that have been plaguing the game the hardest. Some are pretty general, but there are more specific, targeted fixes that are being addressed. 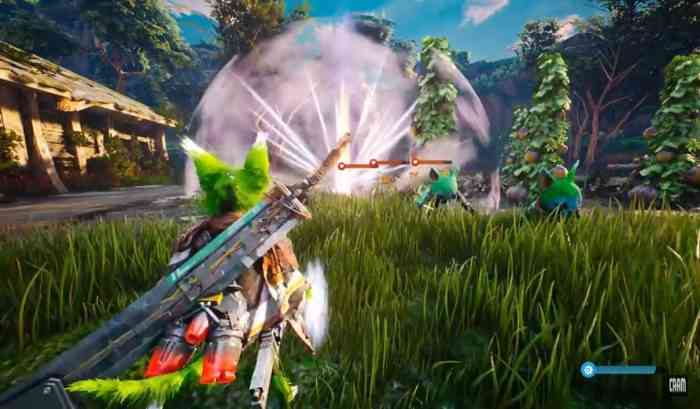 Some players have raised concerns of dialogue and other audio cues. In response, Experiment 101 is adding narrator settings and applying fixes to dialogue pacing. There are also some video settings that are being added, like motion blur and depth of field options. Gameplay adjustments are on the way too. There are some unspecified difficulty options being worked on, as well as fine tuning of enemies and loot drops. Based on the interactions in the comments, there are also other widespread issues that Experiment 101 is taking note of and hopefully they will be sorted out in good time. The fixes being addressed do not have a specific timeline of release, but they are expected to hit PC first, then consoles.

We are working on the pacing of dialogues, narrator settings, difficulty settings, video settings like depth of field and motion blur, loot and enemy tuning as well as sound and combat.

If you are still unsure about Biomutant, you may want to check out this sale on the game. For some reason, Biomutant is discounted on Xbox One and PS4, even though it still has that new game smell. Biomutant is out now for PC, PS4, and Xbox One, with PS5 and Xbox Series X|S versions on the way.

Are you enjoying Biomutant so far? Let us know in the comments below.