You might not have heard of Xuan Yuan Sword, but the franchise is a big deal in Taiwan and China, right down to getting a TV adaptation. The franchise loosely follows the titular sword, first used by the Yellow Emperor to defend China against the warlord Chi You, and then passed down through the generations, where it’s used to defend the world against evil – and sought for its power by those that would do the world harm.

The seventh entry in the series follows Taishi Zhao, at the beginning of a Xin Dynasty, as he’s thrust into an adventure surrounding the mysterious reappearance of a prophetic scroll.

The game has already been out on Steam for a while, where it’s received mixed reviews, largely due to the relatively short length – at around 20-25 hours, the game falls low by the standards of the genre. Some of the graphics also seem to be a little rough around the edges – at around the 45 second mark, pay attention to the mouth of the character speaking. However, the game does have some interesting gameplay and environments to display, as well as a peek at some puzzles. Sure, maybe the game is a little rough around the edges, but let’s face it – when you think JRPG your mind immediately leaps to Final Fantasy, which has routinely been at the forefront of graphics as far as RPG’s go. Developers SOFTSTAR and DOMO Studio don’t necessarily have the budget or name recognition to create something on the same scale as Square Enix, but hey – we all have to start somewhere, and a few graphical hiccups don’t mean that the rest of the trailer looks pretty damn impressive. 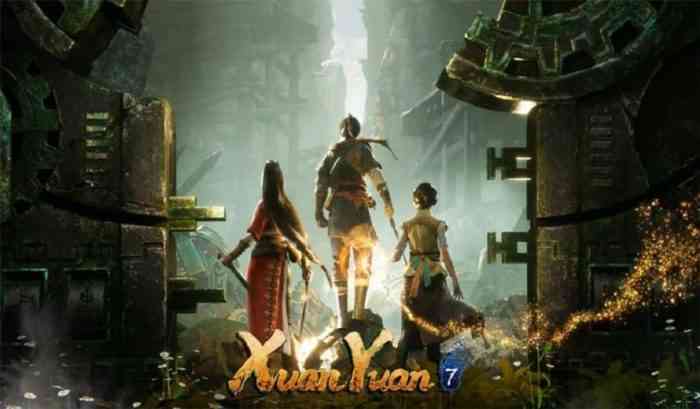 Have you played Yuan-Xuan Sword 7 yet? Let us know in the comments, on Twitter, or on Facebook.