The Universe Just Got an Upgrade

I don’t need to tell you that Mass Effect: Legendary Edition is set to make the original trilogy prettier than ever, but I don’t think any of us realized just how beautiful the upgrade would be. Sure, we hoped, but seeing it for ourselves is a whole different animal, as the new trailer showcases in all its HD glory.

Take an in-depth look at the visual upgrades you’ll experience when #MassEffect Legendary Edition launches May 14.

First off, the environments. Mass Effect takes place over multiple planets, ships, space stations, each with their unique cultures and ecosystems, and the beautification passes, improved materials and particle effects, and improved lighting will push that to the extreme, making your adventure aboard the Normandy more vibrant and immersive than ever before.

Add to that the improved, remade or improved models, textures and global post-effect improvements and it looks like fans of the series so far will have every reason to play the remaster – and first-time players will have plenty to keep them entertained, as well.

For those of you who haven’t played the originals, here’s the TL:DR; the series is set at the end of the 22nd century, some fifty years after humanity discover an alien outpost on Mars and discover that its moon, Charon, is actually an ancient artifact which holds the key to faster than light travel. Using this method humanity spreads its reach towards the stars, coming into contact with a variety of different species and cultures along the way. You play as Commander Shepard, a customizable human who comes into contact with a mysterious artifact and comes under attack by a mysterious assailant, joining forces with the crew of the Normandy to investigate. 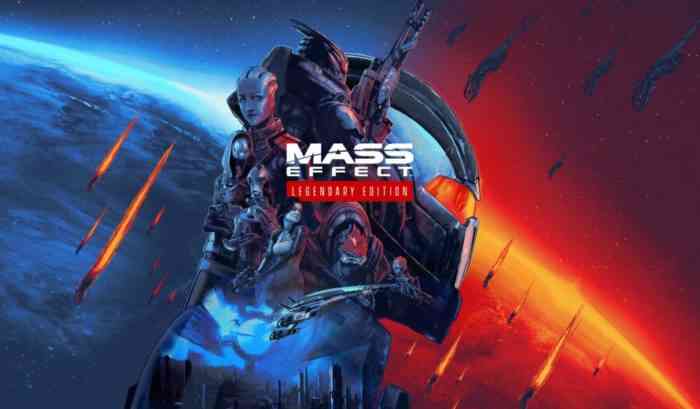 The games have drawn rave reviews for the intricate setting, storyline and gameplay, although the games weren’t available on the latest console generation and, as such, for many players the Legendary Edition may well be their first chance to play the games in all their glory.

Are you pumped for Mass Effect: Legendary edition? Let us know in the comments, on Twitter, or on Facebook.