Back to the Fields

We can all agree that last year was pretty not great. Not only was a deadly virus ravaging the planet the whole time, but we missed out on an entire Farming Simulator game. Maybe it was for the best. The last game was only released on mobile devices and Nintendo Switch for some reason, leaving the entire PC fanbase out. Thankfully, Farming Simulator 22 will be back and fuller than ever. Last week, developer GIANTS Software released a very short teaser for the upcoming game, but hints at a feature new to the series. 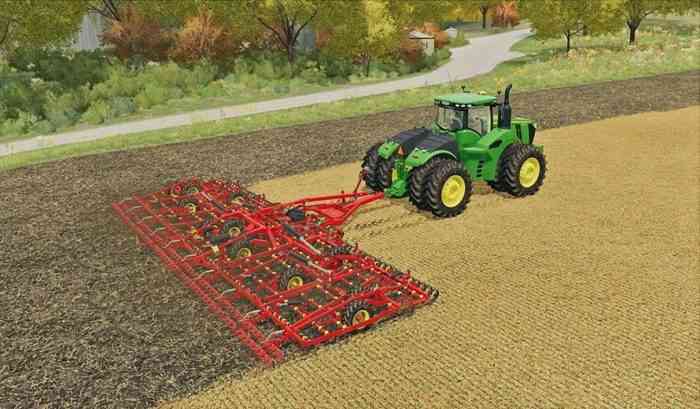 In the teaser, we see a Farming Simulator hat atop the hood of a truck, but gets blown away in the wind with some leaves. Next thing we know, it lands back on the truck, but its covered in snow this time. This hints at an in-game rotation of seasons, which will be expanding the farming experience, instead of being stuck in the same Summer day like Groundhog Day or something. There will also be over 400 different vehicles and tools with under 100 different real world brands. Animal Husbandry, which is basically animal pimping, is a feature that will also be returning.

A few years ago, Farming Simulator got its own esports league, so hopefully this game will see some of that action again. Farming Simulator 22 will be coming out in the fourth quarter of 2021 for PC, PS4, PS5, Xbox One, Xbox Series X|S, and Stadia.

Are you going to hitting the fields this Fall? Let us know in the comments below.

New Gameplay Elements Breakdown in Fire Emblem Engage Trailer
Next
Get Warhammer: Chaosbane Slayer Edition, The Witcher 3 GOTY Edition, and More At Up to 67% Off
Previous
ICYMI: Black Skylands Playtest Live On Steam