Get All the DLC in Power Rangers: Battle for the Grid Super Edition

Bulk and Skull DLC When?

Two years ago, nWay and Lionsgate Games came out with the fighting game Power Rangers: Battle for the Grid. Shortly after its launch, a story mode was added that mainly centered around the Mighty Morphin’ Power Rangers team and their journey across time and space to defeat Lord Drakkon. Initially, the game was received quite poorly due to the lack of game modes and characters. Several individual character skins and character packs have been added since, and now Liongate Games is releasing Power Rangers: Battle for the Grid Super Edition with all the additional content bundled together. 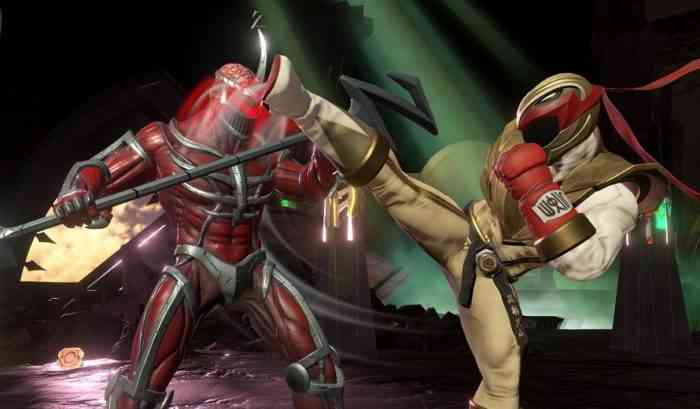 There was also a crossover pack with Street Fighter, bringing over Chun-Li and Ryu as the Blue Phoenix Ranger and Crimson Hawk Ranger, respectively. Later, a helmetless skin of Ryu was added, as well as the Cenozoic Blue Ranger, Mystic Force White Ranger, and the Dragon Armor skin for the Yellow Ranger. So, clearly the roster of characters has expanded since the game’s launch, but whether or not the game is now worth playing and the extra content is worth the extra cash is up to you. Power Rangers: Battle for the Grid Super Edition is available on May 25th for PC< Stadia, Nintendo Switch, PS4, and Xbox One.

Are any of your favorite Rangers in the game? Let us know in the comments below.

Far Cry 6 DLC Lost Between Worlds Looks All Kinds of Crazy
Next
Counter-Strike Changes the Rules to Allow Some Banned Competitive Players to Return
Previous
Outriders, The Pathless & More Amazing Titles On Sale That Require Your Attention