Keys to the Armory

This month, Gearbox Software will be releasing the Director’s Cut content for Borderlands 3. It will contain a number of missions, a new Raid Boss, new cosmetics, and new ways of earning loot. Recently, Gearbox has laid out the significance of some of these additions; Diamond Keys and Vault Cards. Diamond Keys are a bit like Golden Keys that players can get by redeeming codes on social media or sometimes other means. While Golden Keys open a chest of Legendary loot, a Diamond Key opens up an entire armory. 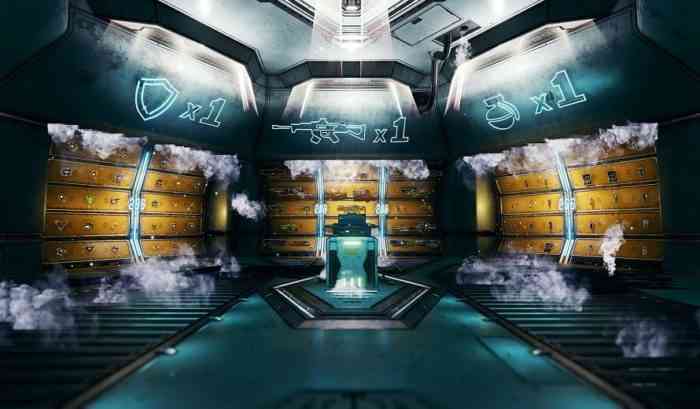 On Sanctuary III, there will be a new room called the Diamond Armory. If you have a Diamond Key, you can activate it, which will open shutters, revealing entire walls of gear. Each wall will be marked as shields, guns, and grenades. The thing about this is, you can only select one item from each wall and you have a limited time to make you decision. After each of the shutters close, you will also be gifted a random item, guaranteed Legendary quality. Scan your options, choose the ones you want, get out there and look for your next Diamond Key.

Vault Cards were covered a little bit before. Basically, Vault Cards are a series of rewards that can be unlocked through gaining XP or buy using Vault Card Keys. There are 28 unique items that can be unlocked from each Vault Card, but after that, they can continue to reward plays indefinitely. There will also be daily and weekly challenges that award bonus XP, which will help you level up your character, Vault Card, and Mayhem level. Borderlands 3 is available for PC, Stadia, Xbox One, PS4, Xbox Series X|S, and PS5.

Will you be getting the Director’s Cut? Let us know in the comments below.

Ranking 5 of the Most Original Moms in Video Games
Next
Amnesia: Rebirth Adding Adventure Mode Sans Scares
Previous
The Elder Scrolls Online Is Getting a Next-Gen Enhanced Edition